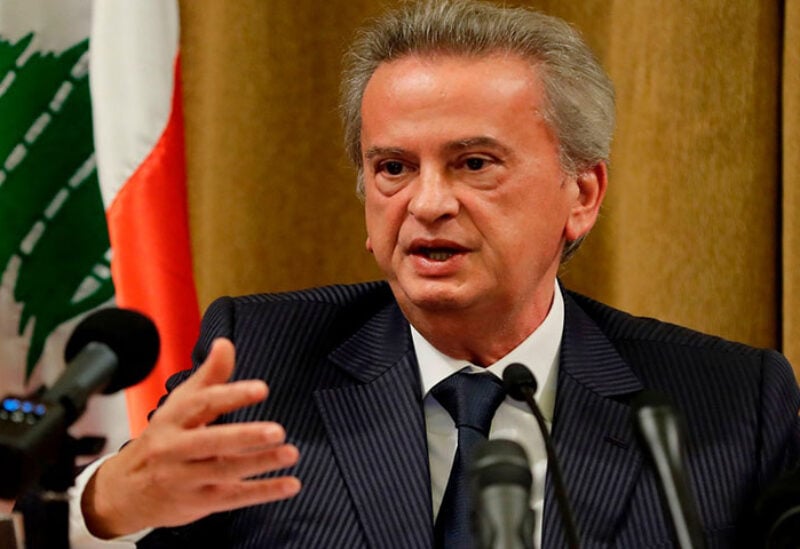 Britain’s organized crime agency is reviewing a report by a group of London-based lawyers which accuses Lebanon’s central bank governor Riad Salameh and associates of money laundering and corrupt practices, four sources familiar with the matter said.
The 76-page report, seen by Reuters, outlines what it says are assets, companies and investment vehicles in Britain worth hundreds of millions of pounds which it alleges Salameh, members of his family and his associates used over years to divert funds out of Lebanon.
Salameh, who has led Lebanon’s central bank since 1993, told Reuters he had read a copy of the report and described it as part of a smear campaign.
“They are false allegations,” he said.
London-based legal practice Guernica37 submitted the report to British police late last year, two of the sources said.
They said it was then referred to Britain’s National Crime Agency (NCA). The report was prepared on behalf a group from Lebanese civil society in the diaspora.
“We can confirm we have received that report, but we are not in a position to comment further,” a spokesman for the NCA said, declining to say whether an investigation had been launched.
Two of the sources said NCA’s financial investigation unit was carrying out a scoping exercise, a form of preliminary investigation, to determine whether there were sufficient grounds to start a formal investigation.
Lebanon’s financial and political elite have been under growing scrutiny over years for alleged mismanagement, corruption and obstructing efforts to unlock international aid, particularly since a massive explosion at Beirut port eight months ago plunged the country deeper into distress.
The Guernica37 probe is one of several underway or being planned in Europe that target officials in Lebanon’s financial sector and its broader political class.
The Swiss attorney general’s office said in January it had requested legal assistance from Lebanon in the context of a probe into “aggravated money laundering” and possible embezzlement tied to the Lebanese central bank.
In response to questions from Reuters, the Swiss attorney general’s office did not say whether Salameh was a suspect and declined further comment. Salameh has denied any wrongdoing.
Lebanon’s banking system is at the heart of a financial crisis that erupted in late 2019. Banks have blocked most transfers abroad and cut access to deposits as dollars grew scarce. The meltdown has crashed the currency, prompted a sovereign default and fueled widespread poverty.
Guernica37 co-founder Toby Caldman said in a statement to Reuters that the group’s report was one of a number of legal filings it had prepared on Lebanon for the British authorities.
“Our intention is to address, investigate and expose all pillars of alleged corruption in the country,” he said.