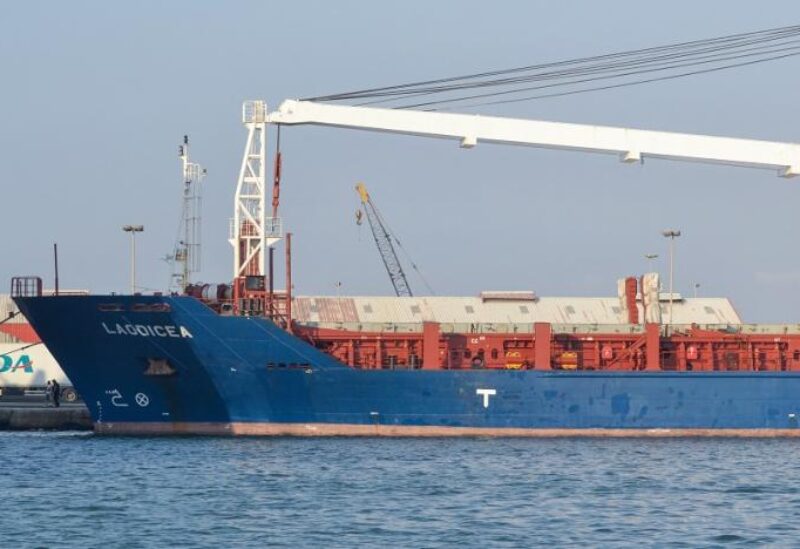 Ukraine called on Lebanon on Thursday to reverse a decision by a court in Tripoli to authorize the departure of a seized Syrian ship carrying what Kyiv says is stolen Ukrainian grain.

In a statement, the Ukrainian foreign ministry said it was disappointed by the court’s decision to clear the Syrian-flagged Laodicea for departure and said that Kyiv’s position had not been taken into account.

Earlier, transport authorities have allowed the ship to depart Lebanon despite the Ukrainian embassy asking Beirut to reopen a probe into the matter after presenting what it said was new evidence.

Lebanese Transport Minister Ali Hamie told Reuters on Wednesday afternoon that port authorities in the northern city of Tripoli had cleared the ship to depart.

A tweet from his account said the decision was “in accordance with Lebanese legal principles, based on our sovereignty over our land, sea and sky.”

On Wednesday, Ukraine had asked Lebanon’s top prosecutor to reopen a probe into the Syrian-flagged ship, the Laodicea, which it says is carrying some 10,000 tons of flour and barley plundered by Russia following its February invasion.

Ukraine’s ambassador to Lebanon, Ihor Ostash, told a news conference at the embassy near Beirut that the request to investigate further was based on new evidence gathered by a Ukrainian judge and handed over to Lebanon on Monday.

A judge in Tripoli told Reuters that a second 72-hour seizure order issued on Monday was no longer in place and the ship could now depart.

Moscow has previously denied stealing grain. Russia’s Embassy in Lebanon said it had no information on the vessel or the cargo, which was shipped to Lebanon by a private company.