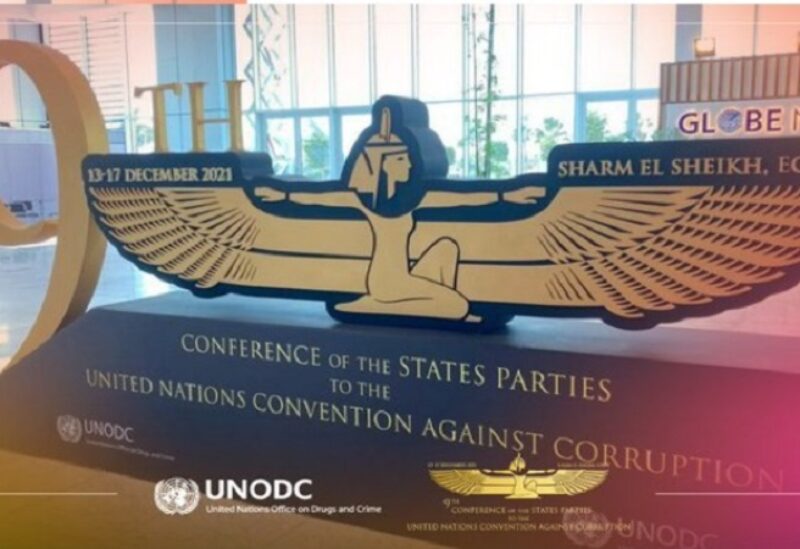 The world’s anti-corruption conference began in Sharm El-Sheikh, Egypt today, with 152 countries meeting to advance action through the United Nations Convention against Corruption (UNCAC) and strengthen integrity responses to the COVID-19 pandemic.

The ninth session of the Conference of the States Parties to UNCAC opened with a video message by UN Secretary-General António Guterres, and addresses by the Prime Minister of Egypt, Mostafa Madbouly; Harib Al Amimi (United Arab Emirates), the outgoing president of the 8th session; Hassan Abdelshafy Ahmed Abdelghany (Egypt), the president of the ninth session; and Executive Director of the UN Office on Drugs and Crime (UNODC) Ghada Waly.

“Tackling corruption is essential to protect human rights and promote democratic accountability. It is an important step towards inclusive, sustainable development,” said United Nations Secretary-General António Guterres in his video message to the conference. “This Conference is our chance to come together to strengthen cooperation and accelerate global action against corruption. Let us revive hope and restore trust in institutions. Now is the time to act for a safer, more prosperous and just future.”

The UNODC Executive Director called the COVID-19 pandemic “a global wake-up call” to stand for integrity. “The world loses trillions of dollars every year to corruption, at a time when every dollar is needed to increase public investment,” she said in her opening remarks. “Just as it breaks down resilience and exposes people to hardship, corruption also enables criminals, traffickers, and terrorists.”

Ms. Waly highlighted the need to raise awareness and bring together all stakeholders – political leaders, institutions, the private sector, civil society, media, youth and women – in the fight against corruption.

“To truly overcome endemic corruption, we need to aim for a fundamental change in mindsets, one which rejects corruption at every level,” she said. “We must send that message to the people we serve, through this conference and through our actions.”

Some 152 countries and a record 2,133 participants from governments, regional and intergovernmental organizations, civil society, academia, and the private sector have registered to take part in person and virtually in the conference, which continues until 17 December. Seventy-five side events, including four events in the lead-up to the conference, have been organized on the margins of the session.

Eight draft resolutions and two draft decisions are being considered this week, addressing issues including prevention, the role of supreme audit institutions, asset recovery, beneficial ownership education, law enforcement cooperation, regional approaches and operationalizing the UNGASS political declaration. A resolution focusing on anti-corruption in times of emergencies and recovery, entitled the Sharm El-Sheikh Declaration, is expected to be adopted at the session.