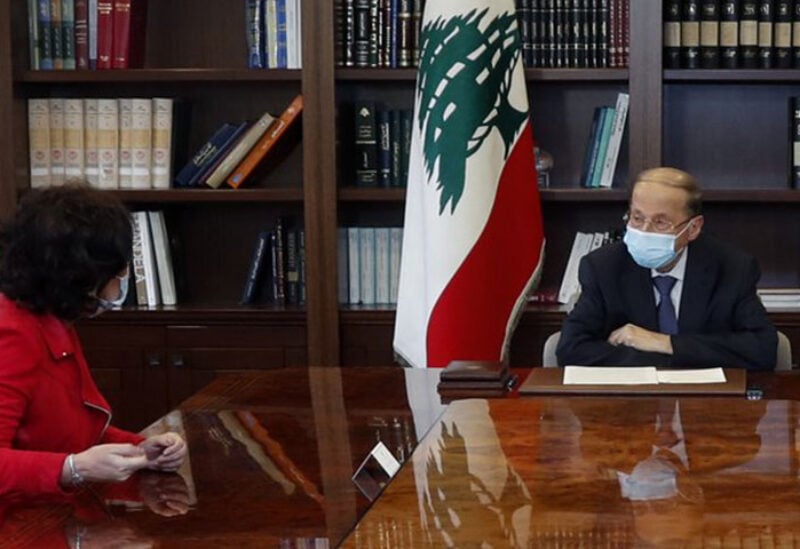 Rushdie briefed the President on the deliberations which took place during the UN Security Council’s briefing on the progress of Security Council Resolution 1701. The meeting also tackled the continuation of Israeli violations of Lebanese sovereignty, which was condemned by the Security Council. The need to form a new Government to face current developments, and identify recovery priorities in the country, was also addressed in the meeting.

The President assured Rushdie that “Lebanon is keen to strengthen cooperation between the Lebanese Army and UNIFIL forces, to stabilize the south region. In addition, President Aoun pointed to the damage caused by the leakage of oil materials from the shores of occupies Palestine, to the Lebanese shores in terms of damage to the environmental and water wealth which appeared, after the field and aerial survey which was conducted on the Lebanese coast waters.

Rushdie was accompanied by  Alexandre Kosti.