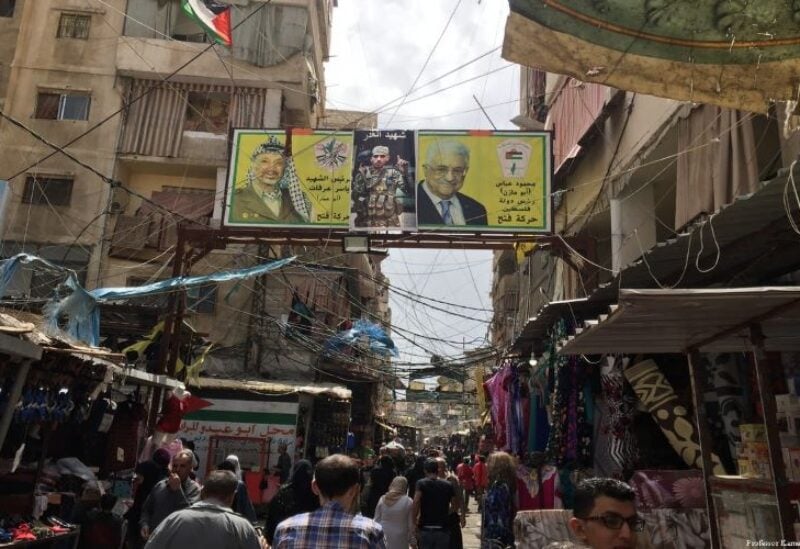 The United Nations launched a special worldwide appeal for $1.6 billion on Wednesday to assist improve living circumstances for Palestinian refugees in crisis-torn Lebanon.

The UN Relief and Works Agency for Palestinian Refugees in the Near East’s commissioner general, Philippe Lazzarini, issued the donation appeal for “critical humanitarian assistance” as part of the agency’s focus on this year’s “financial requirements and objectives.”

“UNRWA is requesting $1.6 billion from the international community in 2022 to serve Palestinian refugees,” he stated during a news briefing at the UN’s Beirut headquarters.

“This funding will enable UNRWA to meet the needs of millions of Palestine refugees by providing vital lifesaving services and programs such as education, health, and food aid, as well as additional emergency funding to meet the humanitarian needs arising from crises in Gaza, the West Bank, Jerusalem, Syria, and Lebanon,” he added.

The call came as hundreds of Palestinian refugees staged an open sit-in in front of the UNRWA offices in the Lebanese capital. The protesters were outraged by the agency’s decision to discontinue a rental subsidy for Palestinians who had been relocated from Syria to Lebanon during the Syrian war.

They erected a tent named Tent 194, in allusion to an international resolution mandating the repatriation of Palestinian refugees.

According to a Palestine Liberation Organization census, the number of Palestinian refugees relocated from Syria to Lebanon has reduced from more than 40,000 to 18,000 people.

Some had returned to Syria, while others had legitimately relocated from Lebanon to Europe, primarily for family reunion, and a handful had perished while attempting to flee by boat off the Lebanese coast.

“UNRWA is facing a chronic funding shortfall that undermines its efforts to provide humanitarian support to some of the world’s most vulnerable refugees, whose needs are constantly increasing,” Lazzarini said, adding that the COVID-19 pandemic continues to pose serious health risks and exacerbate economic difficulties throughout the region.

“An estimated 2.3 million Palestinian refugees are now thought to be impoverished.” Anguish and despair are prevalent among Palestinian refugees, and many in Gaza, Syria, and Lebanon have voiced a determination to utilize whatever means possible to try to flee.

Palestinian refugees in Lebanon, like Lebanese nationals, are dealing with the consequences of the country’s economic downfall.

“There is no food crisis in the Palestinian refugee camps,” Hisham Debsi, director of the independent Palestinian center Tatweer for Strategic Studies and Human Development, told Arab News. “More than 16,000 Palestinians receive their salaries from the PLO in US dollars, and employees of UNRWA and Islamic organizations in the camps receive high salaries in US dollars.”

“Many refugees receive social benefits in US dollars, while those who are not paid by Palestinian factions receive financial support from active Palestinian civil society organizations.”

“Refugees have challenges in accessing health and educational services.” The UNRWA beds in hospitals in various Lebanese districts are restricted, and Palestinian health insurance is confined to Red Crescent hospitals, whose health services the refugees dispute, and the UNRWA budget, it maintains, does not enable it to expand health coverage.

“The biggest impact is in the education sector since UNRWA services do not cover all tuition expenses, thus schools are combined, resulting in overcrowding and a decrease in educational services,” he explained.

The most pressing issue confronting the current generation of Palestinians is a lack of work prospects. According to Debsi, a Tatweer research indicated that most young Palestinians wanted to relocate to a third country to gain another nationality that would provide them with a better life, while many had no aspirations to return to Palestine.

“Recently, these young individuals have established movements seeking relocation in a third nation.” They were successful in gathering the files of 10,000 Palestinian adolescents and designated a group on their behalf to submit their files from UNRWA to the UN High Commissioner for Refugees as people seeking to emigrate rather than as Palestinian refugees.

“This action has enraged Palestinian groups, who have attempted to stop these movements,” Debsi continued.

“Not all Palestinian refugees in Lebanon get help; many are impoverished, particularly those who are not linked with any Palestinian side and have no interaction with any civil society organization.”