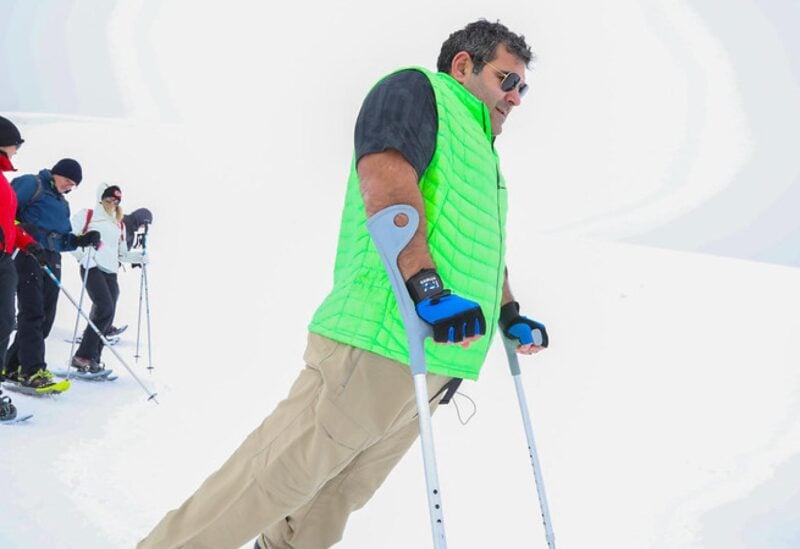 Haddad will walk towards the Svalbard Global Seed Vault —a global backup facility that provides secure long-term storage of duplicates of seeds conserved in gene banks around the world to help safeguard global crop diversity— to deliver a “Package of Hope,” comprising seed packets from twelve Arab countries for preservation at the vault, alongside a limited edition of a book by Pope Francis book as a symbolic seed of hope, for safekeeping for posterity.

“A global food crisis looming and a deep climate emergency threatening our life on this planet, may drive many to helplessness. But standing together in solidarity, we must maintain our hope in the future,” said Michael Haddad. “I come from the Arab region, where we depend on imports for most of our food and where temperatures are rising faster than the global average. I will walk in Svalbard to call upon us all to act with determination, ambition, and urgency to stave off the climate crisis and ensure our collective food security—both cornerstones for human security.”

In coordination with the Food and Agriculture Organization of the United Nations (FAO), the International Center for Agricultural Research in the Dry Areas (ICARDA) prepared for Haddad the seed packets as part of the official seed stocks from, Algeria, Egypt, Iraq, Jordan, Lebanon, Libya, Morocco, Oman, the State of Palestine, Syria, Tunisia, and Yemen, intended for deposit in the Svalbard vault. The specially prepared packages include wild relatives of wheat, barley, lentil, chickpea, and other forage legumes.

Along with the actual seeds Haddad will carry a symbolic seed of hope in the form of a miniature edition of Pope Francis’ book, “Why Are You Afraid, Have You No Faith?” which documents the extraordinary moment of prayer over which he presided in March 2020, at a peak moment of the COVID-19 pandemic. The book has been printed in many languages and distributed around the world, but the miniature copy that Haddad will carry is part of a special limited edition and has been blessed by Pope Francis himself, in a special occasion organized by the Institute for Global Dialogue and Culture of Encounter. At the start of his walk, Haddad will gift a copy of the book to the Svalbard Museum for wider public display in the section dedicated to the Vault, after its planned expansion in 2024.

“The Svalbard Global Seed Vault represents Norway’s important contribution to the global effort to preserve agricultural biodiversity and safeguard the future of the world’s food supply,” said HE Martin Yttervik, Ambassador of the Kingdom of Norway to Lebanon. “It may be a critical resource in the event of global catastrophe, and important back-up for the seed collections preserved by gene banks across the globe.”

Paralyzed from the chest down at the age of six, and told that he could never walk again, Haddad will perform his odds-defying symbolic walk with the aid of a specially designed exoskeleton to keep him upright as he uses a pair of crutches to walk in the unique “step-to-gait” mechanism that he devised. A distinguished scientific team from the American University of Beirut (AUB) and the Lebanese American University (LAU) closely supports and follows Michael’s walking endeavours.