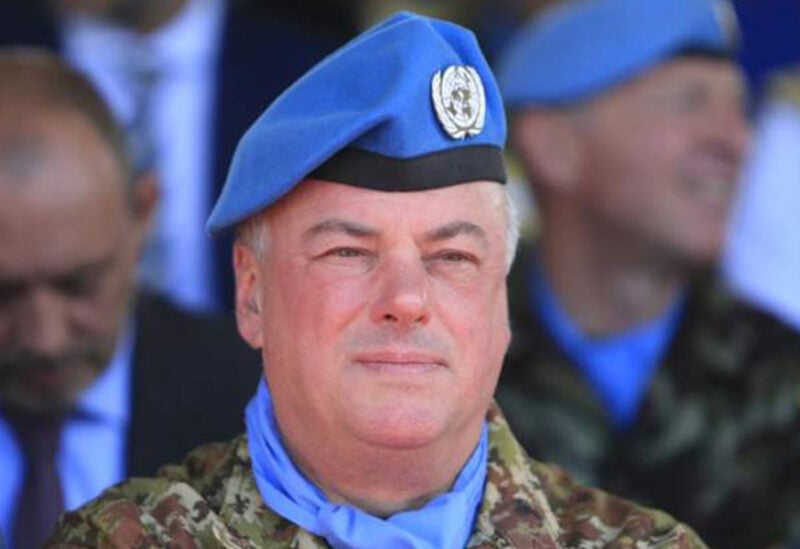 UNIFIL today marked the International Day of Peace with a ceremony at its headquarters in Naqoura, south Lebanon.

On the occasion, UNIFIL Head of Mission and Force Commander Major General Stefano Del Col paid tribute to civilian and military peacekeepers for their sustained efforts – with support of the parties – to maintain security and stability in south Lebanon and along the Blue Line.

“While we are fortunate in south Lebanon to have enjoyed a decade and a half of relative stability, events in recent months have shown us that peace is fragile, and should never be taken for granted,” the UNIFIL head told the ceremony, attended by LAF representatives, mayors and fellow peacekeepers.

Maj. Gen. Del Col hailed UNIFIL’s work with the parties and the partnership with the LAF to accomplish the mission’s mandate.

“UNIFIL is committed to work with Lebanese authorities, to support the LAF and the people of south Lebanon. In so doing, we pave the way for all political and diplomatic efforts to take root, towards a lasting solution and a permanent ceasefire,” the UNIFIL chief said. He was referring to the recent Security Council Resolution 2591, adopted on 30 August renewing UNIFIL’s mandate for one more year, which asked UNIFIL to take “temporary and special measures” to extend logistical support to the LAF for six months.

Noting the deteriorating situation in Lebanon due to the compounded effects of the COVID-19 pandemic and the unprecedented socio-economic crises, Maj. Gen. Del Col said UNIFIL and its troop-contributing countries are doing their best to support and protect the people of south Lebanon.

On the occasion, members of UNIFIL leadership team and LAF representative Brigadier General Maroun Kobayati awarded 28 military staff officers with the UN Medal for their contribution to fulfilling the Mission’s mandate.

The UN General Assembly established the International Day of Peace in 1981 in order to strengthen the ideals of peace, through observing 24 hours of non-violence and cease-fire.

The UN invites all nations and people to honour a cessation of hostilities during the Day, and to otherwise commemorate the Day through education and public awareness on issues related to peace.

The global theme of this year’s observance is “Recovering better for an equitable and sustainable world.”