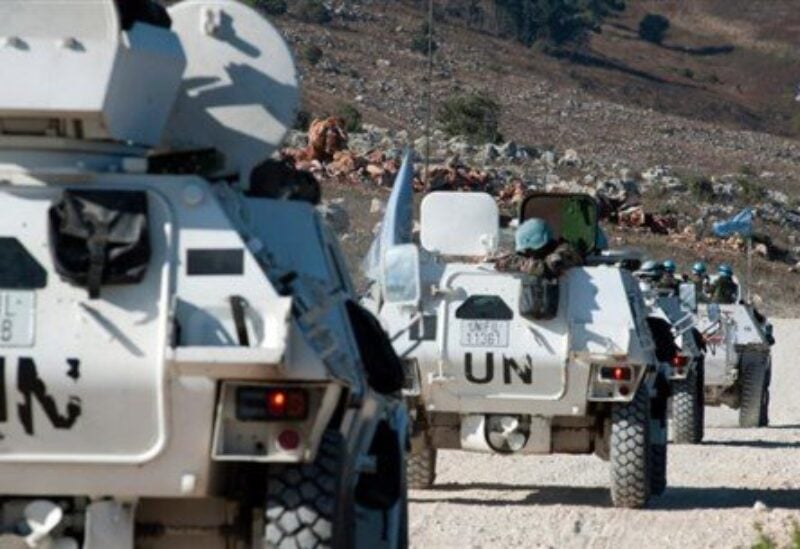 At today’s mission headquarters, UNIFIL celebrated the UN International Day of Peacekeepers. On 29 May, UNIFIL decided to hold the ceremony on a Saturday this year, the next Monday.

On that occasion, Major General Stefano Del Col, head of the peacekeeping mission and Force Commander-in-Chief Stefano paid homage to the thousands of UN peacekeepers throughout the world, notably in southern Lebanon.

“As peacekeepers, our job is to keep the peace,” said Major General Del Col. “All around the world, men and women in blue berets protect communities –individual women and men, girls and boys, the old and the young, people with hopes and dreams and plans for a brighter future that are too often thwarted by conflict. We do this, sometimes, at great personal risk. Today, the world pays tribute to your bravery and commitment.”

During the ceremony, Major General Del Col and Brigadier General Maroun Kobayati, representative of the Lebanese Armed Forces (LAF) laid wreaths in tribute to fallen peacekeepers. Since 1978, 322 UNIFIL peacekeepers have given their lives to the cause of peace in south Lebanon. Over 4,000 UN peacekeepers have lost their lives on missions around the world since 1948.

“We honour their memories by redoubling our efforts to accomplish our mission, and by working toward a lasting peace in the region,” Major General Del Col said.

He remarked on recent incidents along the Blue Line, noting that the peace and stability of the past 15 years cannot be taken for granted. “We cannot allow any actions that could put the cessation of hostilities in jeopardy,” he said, thanking the LAF for “their quick and effective actions these past weeks to prevent further escalation.”

Noting the particular challenges Lebanon has faced in the past year, including the global COVID-19 pandemic and the tragic Beirut port explosion, the UNIFIL Force Commander reiterated continued support to Lebanon and its people.

“UNIFIL and its troop-contributing countries provided support to the people of south Lebanon to deal with this unprecedented crisis,” he said. “We have donated equipment, expertise, and training to hospitals, schools and communities, and will continue to do so as long as it takes.”

In 2002, 29 May was designated as the International Day of UN Peacekeepers to pay tribute to the professionalism, dedication, and courage of the military and civilian peacekeepers serving in UN peacekeeping operations, and to remember those who lost their lives for the cause of peace. The date was chosen to commemorate the establishment of the first peacekeeping mission, the UN Truce Supervision Organization (UNTSO), whose more than 50 observers currently work with UNIFIL for peace and stability in south Lebanon.