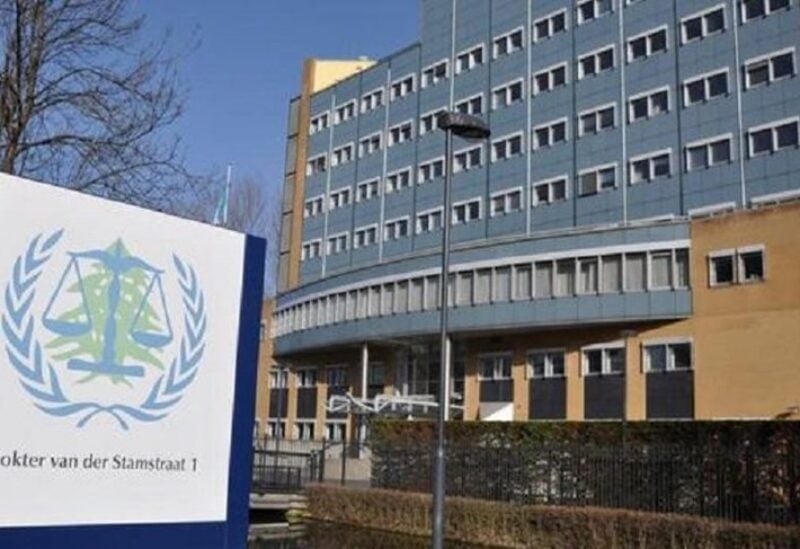 The Legal Representatives of the victims involved in the Lebanese Special Tribunal (“Tribunal”) in Prosecutor Case STL-18-10, on behalf of the participating victims, take this opportunity to express and convey an urgent request from participating victims to obtain sufficient resources for the continuing work of the Tribunal, in line with the international duty of communication.

The participating victims have waited for more than fifteen years since a series of terrorist attacks to have access to justice through the case heard at the Tribunal, the only judicial institution capable of independently and appropriately addressing and hearing the victims’ concerns and end their quest for justice, truth, and reparation.

On 25 February 2021, the mandate of the Tribunal was extended by 1 March 2021 for a further two years, or until the case before the STL was finalized if sooner or until the available funds were exhausted if sooner. A draft resolution, which appropriated the Tribunal almost 15.5 million dollars by way of grant, was adopted by the Fifth UN General Assembly on 26 March 2021. However, the amount approved was not adequate to ensure that the work of the Tribunal continued to carry out its mandate.

In the first instance, if the Tribunal’s funding is not secured and Case STL 18-10 abruptly ends, the victims who have been waiting for justice and accountability for a long time will get a negative message. In addition, it will encourage perpetrators without dissuasion or fear to commit further terrorist attacks. The closure of the trial at the Tribunal will destroy Lebanon’ s last hope for the rule of law and justice and the international community’s commitment to uphold this.

We, the undersigned, present this urgent request for the participation of the participating victims in order to ensure that the Tribunal is able to continue its work so that victims’ rights to truth and justice are safeguarded and upheld.

The requests from the victims involved in Case STL-18-10 are annexed, in accordance with their urgent application.

There are currently 31 victims granted participatory status in the case of Prosecutor v. Ayyash (Case STL-18-10), and they are represented by the three undersigned Legal Representatives. The case is comprised of three attacks found to be connected to the attack against the former Lebanese Prime Minister H.E. Rafiq Hariri on 14 February 2005; the attacks against Mr Marwan Hamade, the late Mr Georges Hawi and Mr Elias El-Murr. In addition to the assassination of Mr Georges Hawi as the main and direct target, these attacks resulted in multiple casualties, including the death of Mr Ghazi Abou-Karroum and Mr Khaled Moura.

The proceedings of the STL-18-10 case is currently in the pre-trial phase. The trial is expected to begin on 16 June 2021. This comes after a period of more than one year of pre-trial proceedings, wherein participating victims’ expectations to finally have their voices heard were built up.

In this context, Excellency, we draw your attention to the fact that already at this moment some trial preparations are put on hold in light of the uncertain financial situation.

B. The Victims’ Right to Truth and Justice

Victims’ right to truth and justice is the crux of the Special Tribunal for Lebanon. It is a right that the international community and the United Nations have recognized in any societal transition towards the rule of law, democracy and human rights.

For example, the United Nations Declaration on the Basic Principles of Justice for Victimes of Crime and Power Abuse enforces the right of the victims to “access to judicial mechanisms and obtain redress,” allowing for “courageous, fair, inexpensive and accessible redress” through the judicial and administrative mechanisms of the United Nations.

The participating victims have underlined the need for a Tribunal and have been waiting for over 15 years since the attacks, before they were eventually allowed to take part in the proceedings in 2020.

Respectfully, Excellency, we refer to Security Council resolution 1664, which was drafted “[m]indful of the demand of the Lebanese people that all those responsible for the terrorist bombing that killed former Lebanese Prime Minister Rafiq Hariri and others be identified and brought to justice”.

All the participating victims in Case STL-18-10 have expressed the importance of the existence and functioning of the Tribunal in contributing to the ending of a culture of impunity in Lebanon. The proceedings at the Tribunal not only symbolize hope, but they are a requirement for justice to be achieved.

As mentioned, the trial is expected to begin on 16 June 2021. To end the proceedings abruptly due to lack of funding would breach the rights of the participating victims, and result in the continuation of a culture of impunity in Lebanon.

The abrupt end to an ongoing case will convey a negative message to the international community that the rule of law need not be upheld, and impunity will prevail over accountability and justice. This disorder will lead to a slippery slope where contributing States may decide to halt their contributions to international judicial institutions and perpetrators of heinous crimes are not brought to justice. In Lebanon and the Middle East, this would indicate an encouragement to the perpetrators to pursue further acts of terrorism.

The Special Tribunal for Lebanon is an institution that upholds the democracy and freedom of expression in the Arab world. The Tribunal’s legacy is not held only by Lebanon; it is the legacy of the contributing States and the international community. To abandon the work and efforts of the Tribunal and the international community to put an end to impunity thus far will be an indignity not just to the rule of law but also to the legacy of an institution that was established by and made possible through joint efforts of contributing States.

We, the undersigned, therefore submit this urgent request for your Excellency to ensure the works of the Tribunal is able to continue, and consequently, uphold the rights of the participating victims and put a stop to impunity in Lebanon.

D. Equality Among All Victims

All victims must be accorded equal rights and treatment at an international judicial institution, including the Special Tribunal for Lebanon. The case of Prosecutor v. Ayyash et al. (Case STL-11-01, concerning the attack against H.E. Rafiq Hariri) has advanced into the appellate phase by the end of 2020.

It is unjust for the participating victims – who have waited for more than fifteen years – in Case STL-18-10 should the proceedings stop due to the lack of funding. All proceedings require finality in order for the victims to achieve the justice; a right that international law promulgates to protect, as highlighted above.

The urgent request for sufficient funding is consistent with the UN Security Council’s willingness – as enshrined in resolution 1757 – “to continue to assist Lebanon in the search for the truth and in holding all those involved in the terrorist attack accountable and reaffirming its determination to support Lebanon in its efforts to bring to justice perpetrators, organizers and sponsors of this and other assassinations”.

Victims’ rights, including the right to present their views and concerns and the right to have access to judicial mechanisms must be upheld to the highest standards at international judicial institutions. To ensure that the continuation of the proceedings at the Tribunal are of high standards in Case STL-18-10, the funding shall be sufficient to cover the duration of all phases of the proceedings.

Therefore, the participating victims and their legal agents in Case STL-18-10 respectfully request your complete support to secure the necessary funding for the Special Tribunal for Lebanon proceedings.

As noted, the requests made in Case STL-18-10 by the participating victims call on the international community to support the continuation of the Lebanese Special Court and ensure that the proceedings are carried out financially to their full conclusion.