US Ambassador Shea: “There is need for courageous leaders who work together to rescue the country” 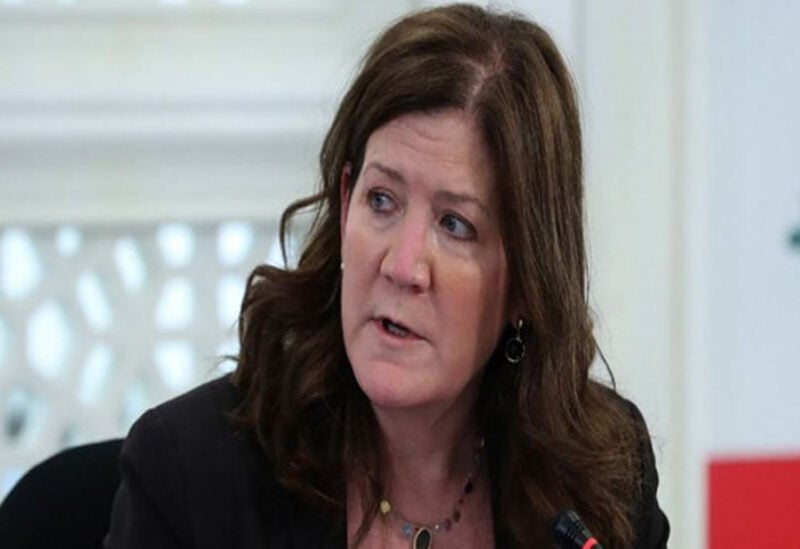 US Ambassador to Beirut Dorothy Shea met on Thursday with President Michel Aoun at Baabda Palace, and with Prime Minister-Designate Saad Hariri at Center House.

Shea said in a statement following the meetings: “Today, during my meeting with President Aoun at Baabda Palace, we discussed the importance of –and indeed the urgency of—forming a government that is committed to and able to implement reforms.”

She added that the United States has continuously reiterated its commitment to stand by and support the people of Lebanon.

“Right now, there is a need for courageous leaders, who are ready to put aside their partisan differences and work together to rescue the country from the multiple crises and self-inflected wounds it is facing” Shea said.

“I am confident that you can do this,” she added.

She said that last night she spoke with a number of young political activists from across the spectrum and it was clear that they want a government that takes responsibility for their country, and judicial independence. Shea added that the activists want the rule of law, they want to root out endemic corruption that robs the country and its people of precious resources it so desperately needs, and, they wanted to see the elections that are scheduled next year to take place on time.

“But let’s focus on the here and now. I know your government, your leaders are trying to form a government.  And I would just say, respectfully, for anyone who has been placing demands on forming this government that your people so desperately need, and if those demands have resulted in blocking that government formation, I would ask: now that we are almost eight months without a fully-empowered government, isn’t now the time to let go of those demands?  To begin compromising?” she said.