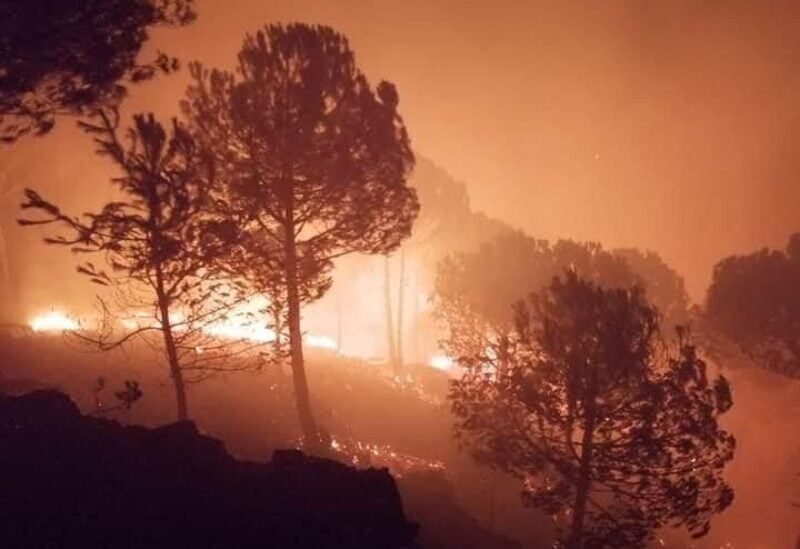 Hajj tweeted: “About eight in the morning, army helicopters arrived at the scene of the fire in an attempt to put it out, after the fire at night consumed large areas of the pine forest.”