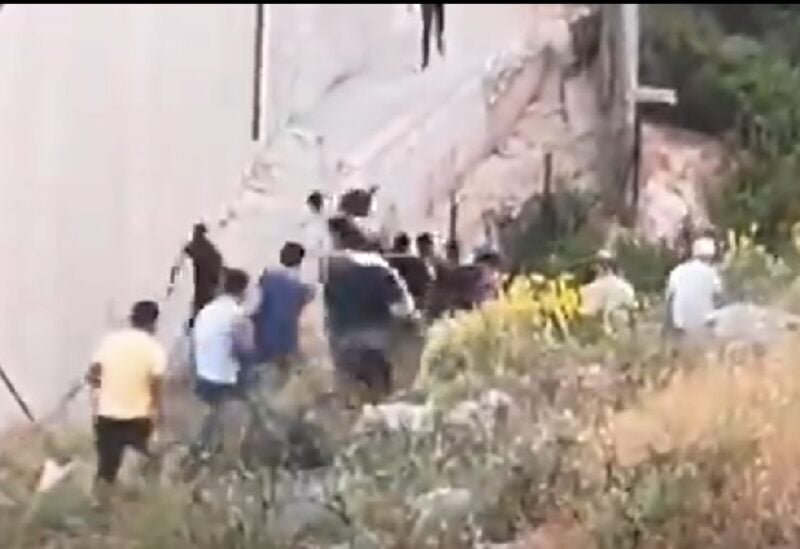 A video depicting protesters trying to cross a border fence with Israel in the Lebanese southern town of Adaisseh has gone viral on social media platforms.

A number of demonstrators brandishing Palestinian and Hezbollah flags are also seen gathered along the border, playing chants against Israel, in a show of solidarity with Palestinians as the conflict between Israel and the Islamist group Hamas in Gaza intensified.

On May 15, the National News Agency said a Lebanese man was shot and killed by Israeli troops after he and others protesting in support of Palestinians tried to cross a security fence on the border with Israel.

Lebanese President Michel Aoun said in a statement he “strongly condemned the crime committed by Israeli forces”. The dead man was identified as Mohamed Tahan, aged 21.

The protesters were later dispersed by the Lebanese army in the presence of UNIFIL, the U.N. peacekeeping force in Lebanon that monitors the boundary with Israel, a witness said.