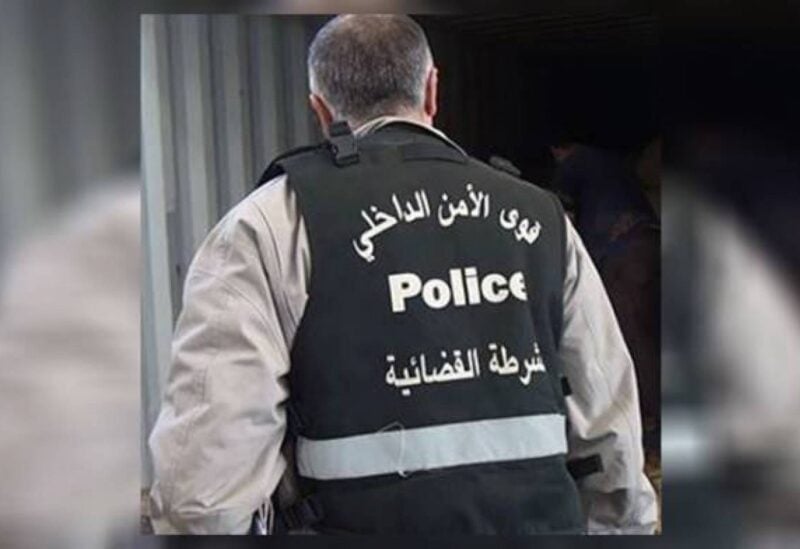 Within the framework of combating the scourge of drugs, and after providing the special group in the Judicial Police Unit with information about the transfer of narcotic substances intended for promotion between the Bekaa and Beirut, and as a result of  monitoring and tracking operations that lasted for weeks, it became clear that the network uses forged car plates and identity cards to transport these substances. Its members also use an apartment in the town of Deir Qoubel – Aley, as a drug store.

On 04-28-2021, the aforementioned group carried out simultaneous operations, as follows:

A controlled ambush in the town of Araya, which resulted in the arrest of two persons on board a four-wheel-drive “Range Rover” carrying forged plates:

A.CH. (Born in 1984, Lebanese)
M. A (Born in 1995, Lebanese) He uses a forged identity card on his travels, and he tried to throw a grenade at the forces, but they prevented it.
large quantity of drugs, a hand grenade, a pistol and a comb inside of / 15 / usable rounds, and an amount of / 58 / million Lebanese pounds were seized in their possession

In the locality of Jisr Al-Sfeir – Al-Dahiyeh, another car belonging to the same network was seized, and the person on board was arrested:

3- An apartment in Deir Qoubel was also raided, and a large amount of drugs and counterfeit Lebanese banknotes were seized.

The seized quantities amounted to more than / 3500 / envelopes and “plastic boxes”, containing the drugs professionally and prepared for promotion, in addition to  quantities of salvia and  7 cellular devices.

The arrested and seized persons were referred to the Central Narcotics Control Office for further investigation, based on the reference of the competent judiciary.