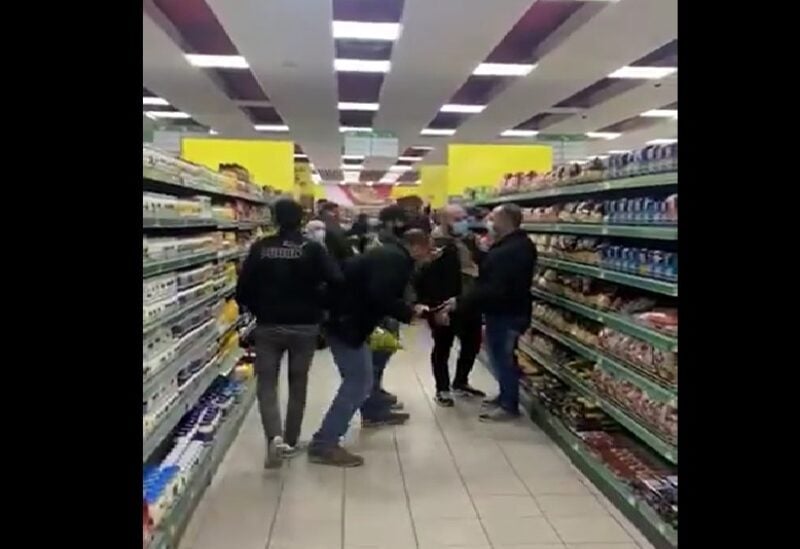 A picture of people fighting over subsidized foodstuffs in Cascada Mall stores in Taanayel – Bekaa, on March 22, 2021.

Brawls have erupted on Monday in Cascada Mall stores in Taanayel – Bekaa after subsidized commodities were displayed on the shelves, prompting people to fight in order to purchase the foodstuffs they need.

Over the last few weeks, various supermarkets across the country have seen Lebanese citizens fighting over multiple subsidized foodstuffs like powdered milk and cooking oil as financial meltdown has hit the supply of food.

The Lebanese government had tried in vain to address the spiraling U.S. dollar exchange rate issue by various measures, such as subsidizing consumer goods and prosecuting currency traffickers. However, the severe devaluation of the Lebanese pound has dealt a severe blow to the efforts, and further meltdown is likely to occur.

The depletion of the central bank’s U.S. dollar reserves – which are mainly used to support the import of wheat, fuel and medication – would render the state incapable of providing the most basic services.