“We are concerned about politicization, sectarianism risks,” Mufti Derian warns 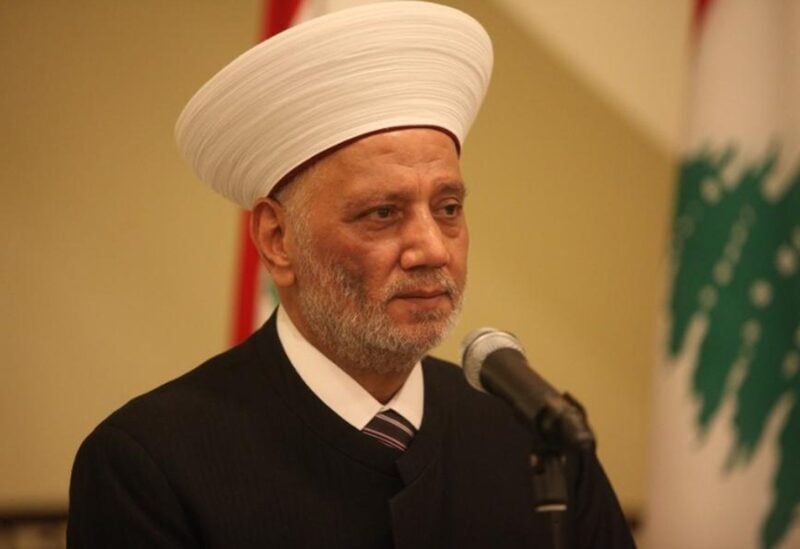 The Grand Mufti of Lebanon, Sheikh Abdul Latif Derian, addressed a message to the Lebanese on the occasion of the Prophet’s birthday, warning against the risks of politicization and sectarianism in significant national issues. Fighting in the street is both allowed and prohibited, regardless of the reason, and the solution is found through peaceful means rather than the use of unarmed weapons in the streets. Weapons are not allowed to be used to insult one another, since this is a foundation for prompting sectarian war, which we do not want to awaken. We in Lebanon are a state whose laws, constitutions, judiciary, army, and security forces must be respected since they are the sole means of preserving the homeland’s and citizens’ security.”

Regarding elections, Mufti Derian stressed that “they will be held next year, hopefully. Change is brought about by people exercising their right to vote for those who they believe are righteous and honest to take charge of their legislative affairs and all that serves their development and progress by trying to present projects, initiatives and reforms that will save their country.”