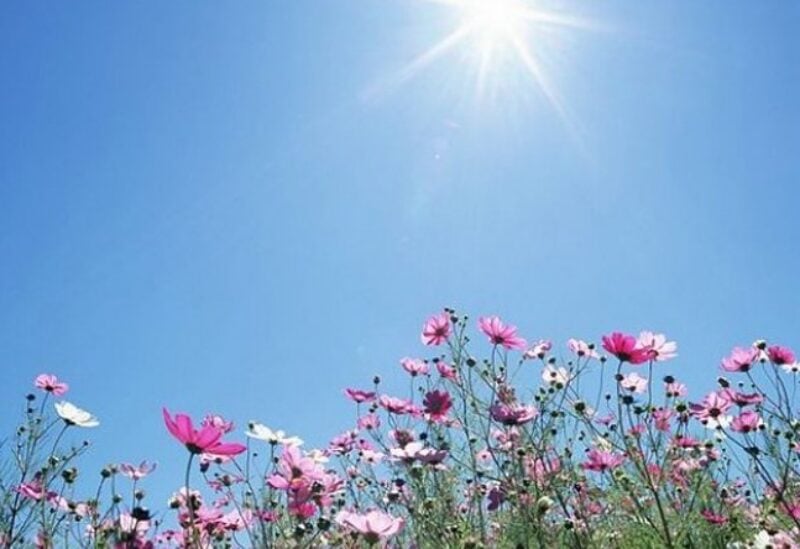 A normal spring weather affects Lebanon, accompanied by stability in temperatures that revolve around their seasonal rates.

The temperatures will remain relatively stable in the coming days.

– The temperature on the coast ranges between 20 and 28 degrees, in areas between 17 and 32 degrees, and at 1000 meters between 16 and 24 degrees.
– Weather: sunny to partly cloudy with fog over the mountains
– Wind: Westerly weak, gusting between 20 and 30 km/hr
– Surface humidity recorded on the coast between 60 and 80%
– Atmospheric pressure recorded on a coast of 1012 hpa
– good vision
– The sea is low, with a surface temperature of 22 degrees.

Friday: Stable weather with little clouds with local fog on the western mountains, and the temperature drops between 18 and 27 degrees, on the coast of 14 and 30 spots, and between 15 and 23 degrees at 1000 metres, while the winds are westerly weak, with speeds between 20 and 30 km/h.

Saturday: Stable weather with little clouds, and the temperature drops between 18 and 27 degrees, along the coast of 14 and 30 spots, and between 15 and 23 degrees at the 1000 metres, while the winds are westerly weak, with a speed of between 20 and 30 km/h.