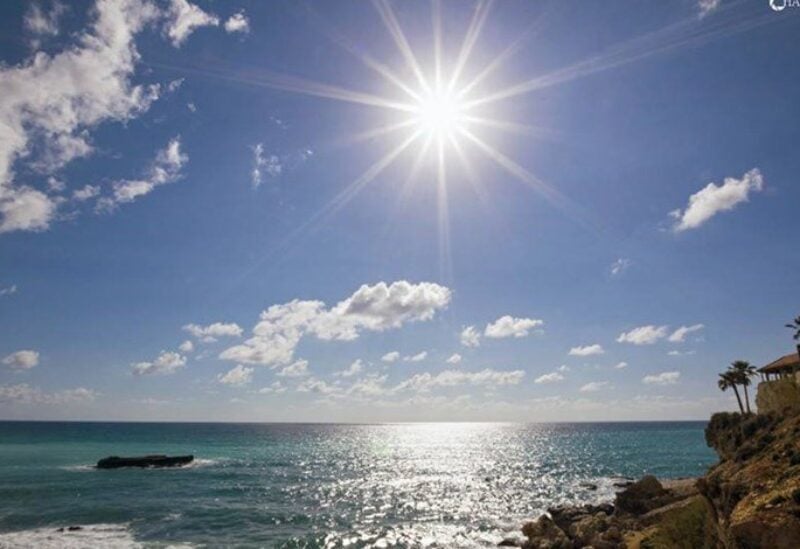 Hot spring weather during the day continues today and tomorrow with temperatures stability and remaining above seasonal rates as a result of relatively hot masses that will affect Lebanon to recede next Wednesday with a decrease in temperature to return to around its rates … and in the details:

Tuesday: The weather is stable and sunny in general, the temperature is relatively stable, ranging between 20 and 31 coasts, between 15 and 33 spots and between 17 and 28 degrees at 1000 metres, while the winds are northwesterly weak, with speeds between 20 and 30 km/h.

Wednesday: Stable weather with little clouds with local fog, the temperature decreases and ranges between 18 and 27 coasts, between 14 and 30 spots and between 15 and 23 degrees at 1000 meters, while the winds are westerly weak, with a speed of between 20 and 30 km/h.