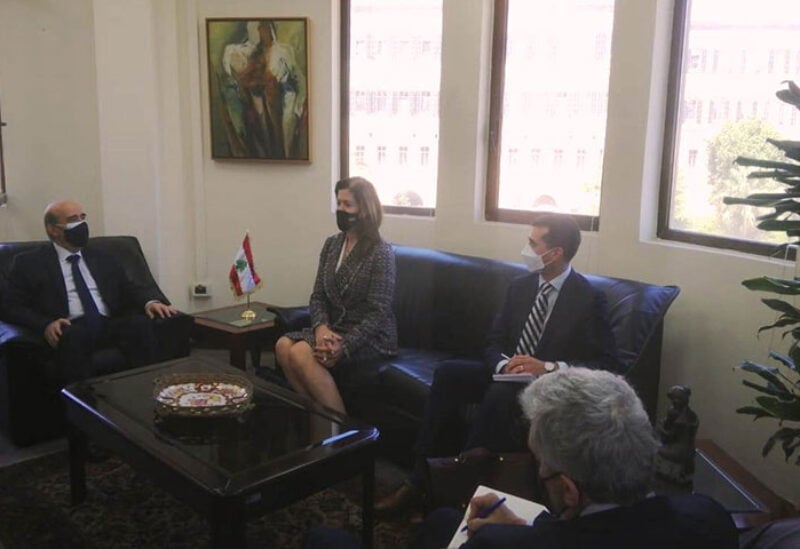 Caretaker Minister of Foreign Affairs and Emigrants, Charbel Wehbe, on Wednesday met with US Ambassador to Lebanon, Dorothy C. Shea, with talks reportedly touching on the current developments in Lebanon and the region, as well as the outcome of the recent round of maritime border demarcation held in Naqoura under US mediation.

Discussions also touched on the implementation of UN Resolution #1701 and support of the United States ’nominations at the UN Security Council.