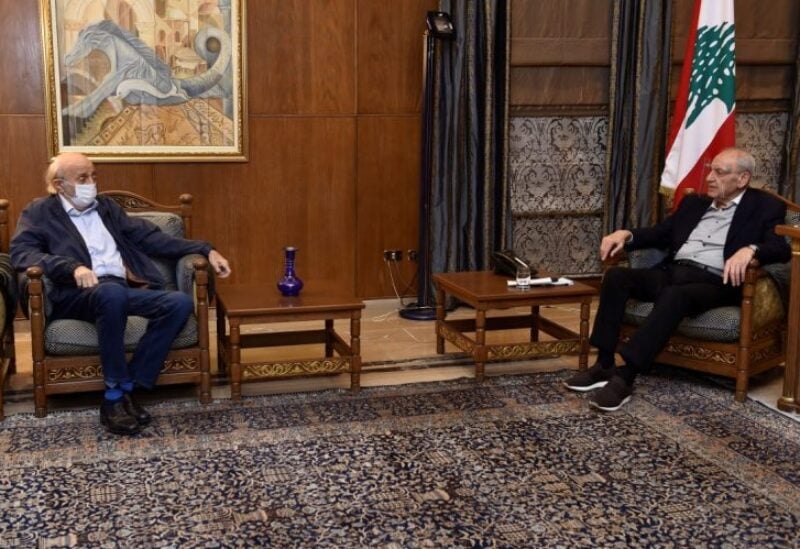 Head of the Progressive Socialist Party, Walid Jumblatt, said after his meeting with Parliament Speaker Nabih Berri at Ain al-Tineh: ” I came to offer my condolences after the killing of innocent citizens in Tayouneh. It is important to realize that since October 17, 2019 till now, tens of thousands of demonstrations took place, and only one martyr was killed in Choueifat.”
Jumblatt noted, “We have to follow up with Speaker Berri on the issue of reforms and the issues for which the government was formed, the government’s work should not be interrupted. This is the main issue for which I came.”
Regarding the Tayouneh events, he said, “I leave the matter of investigation to the competent courts. We must not pre-empt the investigation, but it is the basis for everything. We will study how to find a unified approach to the investigations into the port explosion, bearing in mind that we have called for an international investigation committee from the very beginning, and the investigation must take its course.”
Asked about the establishment of an accusatory judicial body, he said: “If it get us out of this cycle, why not?”
He stressed, “It is not possible to issue an arrest warrant against anyone if he is not informed, and we agreed with Berri that things should be very transparent, and that we should get into escalation because it does not help, and some international and Arab parties want it.”