When will depression recede.. How will weather be in upcoming days? 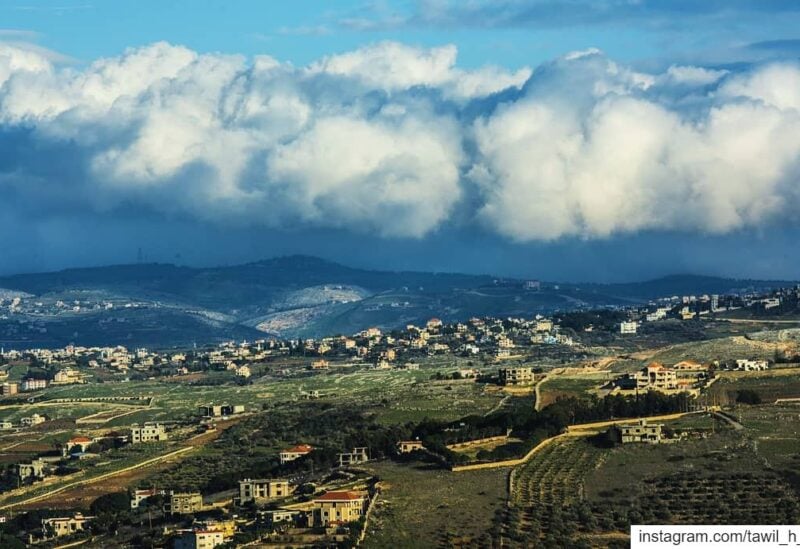 Rainy weather sometimes affects Lebanon with temperatures dropping below average, as a result of an air depression centered over the Black Sea and continues until Wednesday noon, with fluctuating weather between clearing and the possibility of rain and active winds.

Here are the details of today’s weather and the coming days:

Monday:
1- The temperature on the coast ranges between 19 and 26 degrees, in places between 13 and 27 degrees, and at 1000 meters between 15 and 20 degrees.
2- Atmosphere: Partly cloudy to cloudy with a chance of local rain
3- Wind: southwesterly active, especially in the north, on the mountains and inland, and its speed is between 20 and 60 km/h.
4- Surface humidity recorded on the coast between 70 and 90%
5- Atmospheric pressure recorded a coast of 1005 hpa
6- Visibility is good, locally worsened by fog
7- The sea is high in waves and the temperature of the water surface is 23 degrees.

Tuesday: Partly cloudy to cloudy with the possibility of local rain and the temperature is stable and ranges between 19 and 26 degrees, coasts 13 and 28 spots and between 15 and 23 degrees at the 1000 metres, while the winds are southwesterly active, especially in the north, with speeds between 30 and 50 km / h.

Wednesday: Partly cloudy with a slight chance of rain, especially on the northern mountains, then the weather gradually turns to stable, and the temperature ranges between 19 and 27 degrees, coast 13 and 29 spots, and between 15 and 21 degrees at the 1000 metres, while the winds are southwesterly weak, with speeds between 20 and 30. /s