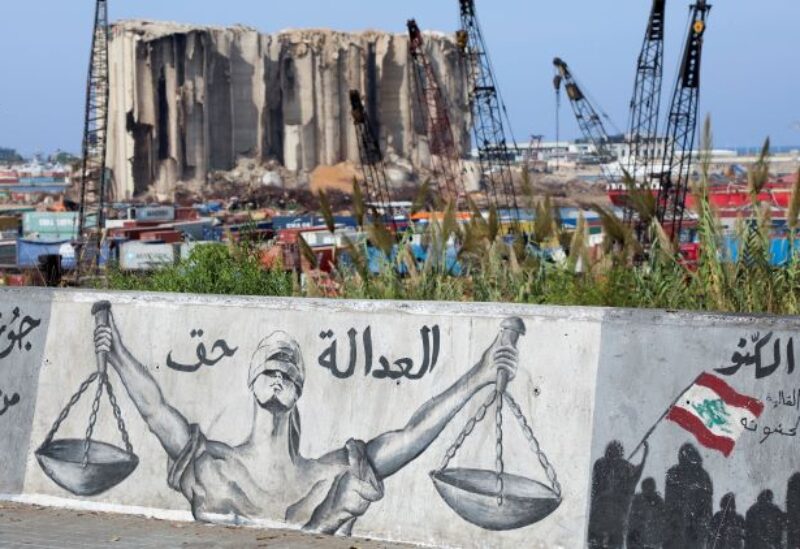 The investigation into last year’s Beirut bombing is ready to begin after a judge dismissed the last of many cases that had caused the inquiry to be halted for more than a month.

The inquiry into the disaster, which was one of the largest non-nuclear explosions ever recorded, has been met with resistance from a political system in which impunity has been entrenched since the conclusion of the 1975-1990 civil war.

Here’s a rundown of what you need to know about the standoff:

WHAT IS THE JUDGE INVESTIGATING?

The explosion, which was caused by chemicals that had been stored at the port for more than six years, killed more than 215 people, wounded hundreds, and damaged large areas of Beirut.

According to Human Rights Watch, high-level security and government officials “foresaw the grave harm to life… and tacitly accepted the chance of deaths happening.”

Bitar’s initiatives have become a rallying cry for many Lebanese who have been subjected to decades of unfettered corruption and incompetence.

WHO DOES THE JUDGE WANT TO QUESTION?

The most prominent include former finance minister Ali Hassan Khalil, who is the right-hand-man of Parliament Speaker Nabih Berri and an ally of the Iran-backed Hezbollah, and Major General Abbas Ibrahim, head of Lebanon’s General Security.

The judge has also sought to question Hassan Diab, an academic who was prime minister at the time of the blast.

Many of them could face prison time if convicted of negligence or causing deaths, although Lebanon has almost no track record of holding to account people in top positions.

HOW ARE BITAR’S EFFORTS BEING STYMIED?

All of the current and former officials Bitar has sought to question as suspects have resisted, arguing they have immunity or that he lacks authority to prosecute them.

This resistance to his actions has played out in the courts, in political life and on the streets.

The ex-ministers say any cases against them should be heard by a special court for presidents and ministers.

That court has never held a single official accountable, and it would pass control of the probe to ruling parties in parliament, likely burying hopes of accountability.

Sectarian sensitivities have been brought into play.

The move against Diab, for example, prompted objections from Sunni Muslim political and religious leaders who said it was an attempt to target the position of prime minister, which is reserved for a Sunni in Lebanon’s sectarian political system.

WHY DOES HEZBOLLAH CARE?

Bitar has not charged any known members of Hezbollah, the Shi’ite Muslim group that has powerful political influence and a heavily armed militia. But the judge’s actions, including his attempts to question powerful figures allied to Hezbollah as suspects, have prompted the group to accuse him of bias.

In September, a senior Hezbollah official sent him a message warning that the group would “uproot” him. read more

Hezbollah and its allies have pushed for Bitar’s removal via the executive branch, sparking a row that has paralysed government.

Together with its allies, Hezbollah called for an anti-Bitar protest in October that escalated into deadly violence.

Hezbollah has accused the United States, which lists the group as a terrorist organisation, of meddling in the probe. The U.S. ambassador has denied this.

Hezbollah dismissed accusations made at the time of the blast that it had an arms warehouse at the port and says it had nothing to do with the explosion. Its adversaries have long accused the group of controlling the port – something it also denies.

Any hope of accountability.

For advocates of reform, the tussle over the probe is part of a wider struggle about the rule of law and bringing to account officials for corruption and bad governance responsible for other catastrophes too, including Lebanon’s financial meltdown.

Critics say the elite are using their influence to block any attempt to set a precedent of holding officials to account and want to bury any scrutiny of the port’s management, which is a microcosm of the sectarian system which parcels out public resources to serve the interests of major players, not the state.

Beirut’s already strained ties with Western governments, whose help could prove vital in lifting Lebanon out of its economic crisis, may suffer further if the probe is torpedoed.