With Lebanon in freefall, what comes next? 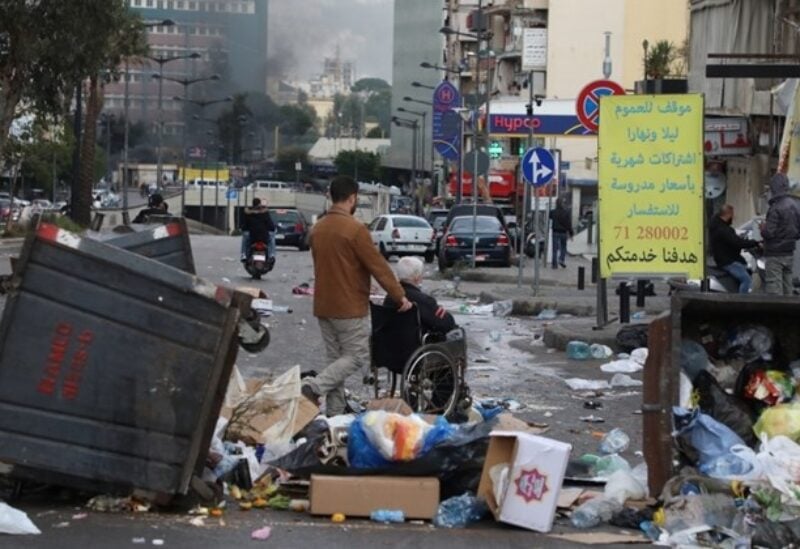 BEIRUT: Lebanon’s worst economic downturn in decades has pushed a battered population to the brink with no solution in sight as the country’s barons wrangle over forming a new government.

In the absence of a fully functioning executive that can spearhead reforms and provide the most basic of services, is a rescue on the horizon?

– Why are protesters back? –

Conditions in Lebanon have deteriorated since the protesters first took to the streets in 2019 demanding the removal of a political leadership deemed inept and corrupt.

The coronavirus pandemic and a powerful August 4 explosion in Beirut port that disfigured the heart of the capital and prompted prime minister Hassan Diab to resign have aggravated the country’s economic woes.

The Lebanese pound, officially pegged at 1,507 to the greenback since 1997, has lost almost 90 percent of its value on the black market.

It was changing hands for up to 15,000 to the dollar on Tuesday, an all-time low.

The depreciation has sparked soaring inflation and chipped away at the purchasing power of a population denied full access to their savings by stringent banking controls.

This prompted a new wave of protests across Lebanon in March after the novel coronavirus temporarily snuffed out demonstrations last year.

Activists took aim at the government, which has tried to soften the punch by subsidising basic goods and prosecuting money exchangers accused of manipulating the market.

But this has done little to stem the currency crisis while central bank reserves diminish by the day.

In March last year, the government defaulted on its foreign debt for the first time.

Spearheaded by France, the international community is piling pressure on authorities to form a new government quickly.

But more than seven months after Diab resigned, politicians have yet to agree on a new line-up.

Prime minister-designate Saad Hariri and President Michel Aoun have accused each other of obstruction.

According to Lebanese media reports, Aoun and the political party he founded are pushing for a big share of cabinet seats — a demand Hariri has rejected.

Aoun has denied the accusations.

An Arab diplomatic source in Beirut said “the behaviour of political parties and their calculations, which don’t seem to have changed”, suggest “there is obstruction from all sides that could last months”.

“We presented many solutions, but they were turned down,” the source told AFP on condition of anonymity.

Nasser Yassin of the American University of Beirut accused authorities of being tone deaf.

“As we move towards the abyss, there is a great political crisis, with each side trying to see how to secure gains before total collapse,” he told AFP.

Public institutions, meanwhile, are not capable of carrying out “the most basic of tasks”.

Over the past week, members of Lebanon’s outgoing government have sounded the alarm.

Energy minister Raymond Ghajar warned of “total darkness” by the end of the month if funds are not made available to import fuel.

Education minister Tarek Majzoub announced a week-long suspension of teaching in public schools in protest over the lack of state support for pupils and teachers hit by the economic crisis.

The army chief has complained of budget cuts and several professional associations have threatened strikes.

“We have not yet reached the level of a failed state,” Yasin said. “But the state’s ability to survive is diminishing by the day.”

– Any solutions in sight? –

There are no quick fixes but economists argue a turnaround is still possible.

“The problem is that we have yet to start with a rescue plan,” said Yasin.

International donors have conditioned aid on the implementation of a reform programme that could save the economy.

But it has yet to be implemented.

“A future government that doesn’t meet the standards of the international community… will not likely enact the reforms needed to receive financial support,” the Arab diplomatic source warned.

Lebanon began talks with the International Monetary Fund last year but they quickly hit a wall over lack of political consensus over the reforms needed.

Henri Chaoul, who was part of the government’s IMF negotiating team before he resigned in protest, said officials were to blame for the currency crisis.

“All of this was preventable,” he said on Twitter last week when the pound hit 12,000 to the greenback.

“They are responsible for this,” he added, referring to politicians and central bankers as well as the commercial banks.