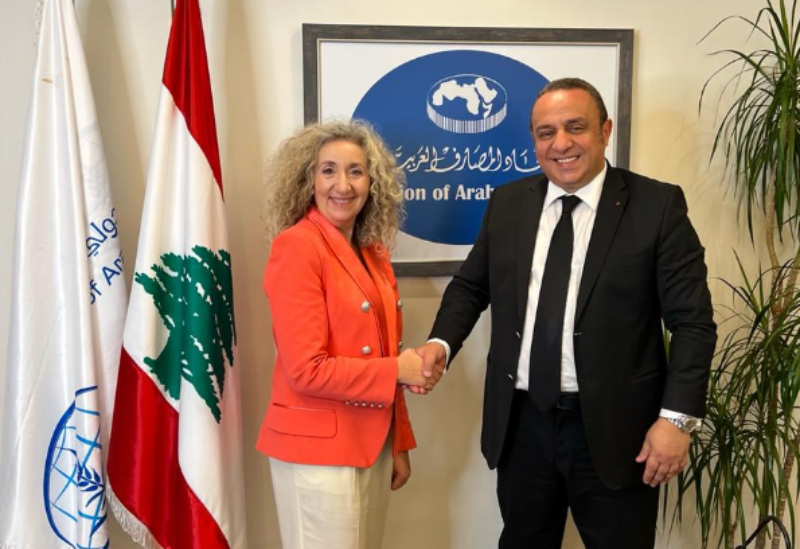 The World Union of Arab Bankers announced its formal approval to change the name of WUAB’s Women Empowerment group to Gender Diversity Group of Executive Level.

This change is based on a proposal by Dr. Nahla Khaddage Bou-Diab, Head of the Group, noting that WUAB’s Board ratified the first-of-its-kind Gender Diversity Charter developed and proposed by Dr. Bou-Diab, during a meeting held on April 29, 2018, presided over by Dr. Joseph Torbey.

Dr. Bou-Diab’s proposal was based on a logical presentation of evidence showing that the concept of Women Empowerment may be triggering feelings of weaknesses and behavioral reactions that do not serve women, organization and societies.

Based on the above, the World Union of Arab Bankers has officially declared changing the name of its Women Empowerment body to Gender Diversity Group of Executive Level especially that the Union has actively worked on empowering Arab women economically and socially. Additionally the Union believes in the importance of establishing social equality and supporting women in achieving UN’s Sustainable Development Goals and contributing to the economic landscape in the Arab world; a concept deep-rooted in the strategy set by the Union’s President, Dr. Torbey.

Dr. Wissam Fatouh, the Secretary General of the World Union of Arab Bankers, has long been a believer in equal opportunity for men and women, demonstrated by adopting the Gender Diversity Charter developed by Dr. Bou-Diab in her capacity as “Head of the Women Empowerment Group” with the WUAB. Dr. Wissam Fattouh is fully aligned with the group’s vision and will continue to provide all the support needed to achieve the group’s objectives.

Dr. Bou-Diab believes that releasing the organizational and social biases labeling women as “weak” and needy of empowerment – will serve women, men and organizations more effectively. The objective is to activate human potential and this is the focus of the new “Gender Diversity – at the Executive Level” group.

Dr. Bou Diab has invested over 40 years in creating and implementing methodologies to evolve the quality of life for people in the organization, which ultimately optimizes the organization’s performance. Her latest achievement is the implementation of her doctorate research from University of Liverpool, which provided evidence that illustrates a methodology that can be applied to increase sense of belonging at the organizational level.