Zaher Eido detonates political bomb : Saad Hariri did not want my father, the martyr, on his list in 2005 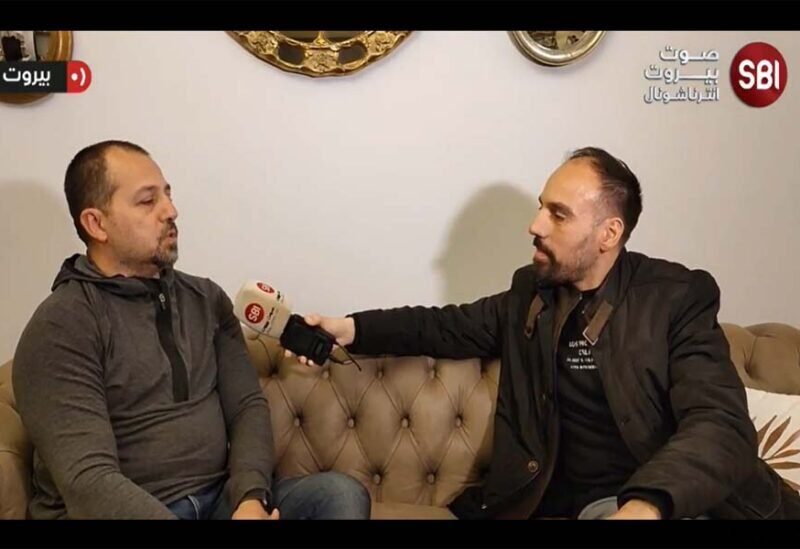 Zaher Eido in an interview with Sawt Beirut International

Zaher Eido, son of the martyr Walid Eido, considered that politics in Lebanon is not honest, pointing out that in Lebanon we are always drived by compassion saying: If I support and love Martyr Prime Minister Rafic Hariri, this does not mean that I am obliged to follow his son, Prime Minister Saad Hariri.

In an exclusive interview with Sawt Beirut International, he revealed that “President Saad Hariri did not want my father, the martyr, on his list in the 2005 elections, as there was a concession to someone. He stressed that “my father had insisted at the time to run in Beirut, and his response was: “I will be a candidate in Beirut and complete what your father and I did in Beirut, and you can’t say whether to do or not.”
Eido said: When you reach the stage of abandoning a person like Walid Eido because of certain alliances, this means that politics is unclean.

He stressed that he is not a candidate for the upcoming parliamentary elections and is not obliged to provide credits to anyone, noting that “many have asked me to run for elections, but I do not want to resume political work.” He believed that whoever wants to work in politics must sell his conscience and his principles and always say “yes” to everything. He added: “All what I say and publish it on my Facebook page is not in retaliation against Saad Hariri, my candidacy for the last parliamentary elections with Saad Hariri was at my own expense, and after the elections, “cheating” occurred behind my back, he did not give me back any of my rights, financially nor morally. How can I be less loyal?”

Eido indicated via his exclusive interview with “Sawt Beirut International” that the elections are “dirty,” and work during the elections is not clean, stressing that we should not be driven with passion, and everyone who works in politics is not “clean.”

He believed that there would be a change in the Sunni seats in Beirut in the upcoming elections, saying: “Beirut is no longer ours.”

He also wished that all the Lebanese would vote and cast their votes, even with a white paper and with great intensity, indicating that frustration does not bear any fruits. Eido considered that change needs a lot of time, because we have reached the stage of “drowning” in politics and political corruption, that dcannot be setteled in one or two years, or through one or two revolutions. He called on the Beirutis and the Lebanese people to elect people who are able to bring them their right, and to choose “the right one,” and not to boycott the elections, otherwise we cannot change. He also considered that the Sunni sect is not only Saad Hariri and the Future Movement, and there is an elite of the Sunni sect, that we want to represent us.

Eido concluded: “My feeling is, and I hope I am wrong. In the next ten years, we will not have a moderate Beiruti Sunni MP in Parliament. He believed that every Beiruti Sunni person supported by the March 14 group would win the upcoming elections in Beirut.”