A diplomatic source to “Voice of Beirut International”: Sanctions waved by France are ready to be implemented 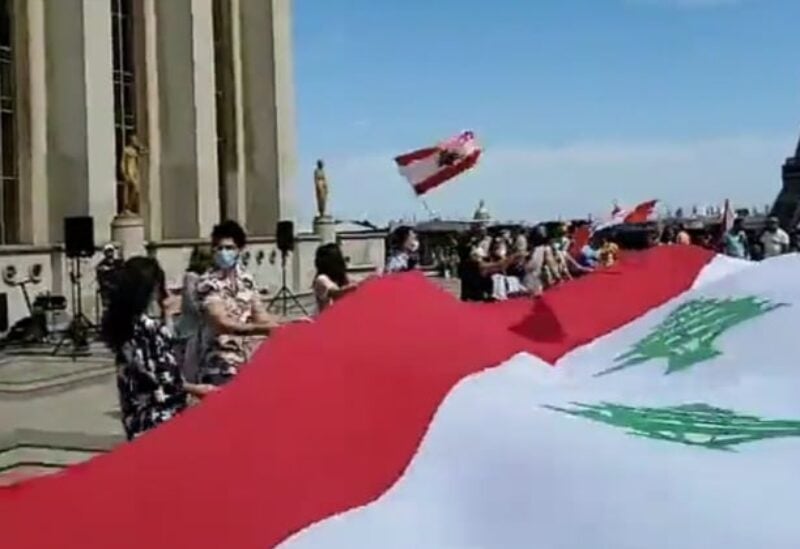 Lebanon is on the edge of an abyss, and we will not give a blank check. The real danger today is the disappearance of Lebanon from existence.” This phrase, which was uttered by French Foreign Minister Jean-Yves Le Drian last August, does not seem to have constituted an incentive for Lebanese officials to move towards  saving  Lebanon, and sharing quotas remain the master of The situation and no deterrence stops the “individuality” of those running the country, either directly or through their sponsors.

A diplomatic source points out to “Voice of Beirut International” that despite the sanctions imposed by the US administration on a number of them, it did not deter them from going on with the  process of  destroying Lebanon to serve their individual interests or implement foreign agendas that have a strategic dimension aimed at fully controlling the joints of the country.

Despite the repeated French warnings that followed the visit of French President Emmanuel Macron to Lebanon and his initiative, which the people he met in the Pine Palace  failed to implement its provisions, the downward path still defies all attempts and warnings, the most recent of which is President Macron’s statement when he confirmed that his country “will change in the coming weeks, the methodology in dealing with the subject ”.

In parallel, the Lebanese raise their hopes on the steps that France will take on the basis of which France will move with its European Union partners following their meeting last week … as Minister Le Drian urged them to identify ways that would allow them to increase pressure on the parties responsible for the obstruction, “which is to hold all Lebanese political forces responsible.” And “especially what some actors in the Lebanese political system are doing through their irresponsible and unfavorable demands under the current circumstances.”

The diplomatic source believes that France and its European Union partners have not backed down from holding Lebanese officials accountable, and that the sanctions that France has been waving with for weeks are not just a “threat”, as it is “ready” and await implementation. .

The source continues that Iran’s bet on the new administration’s policy has fallen because it will not be a “clone” of the policy of Democrat Barack Obama. Especially since the oil issue has begun to take precedence over the rest of the files, and Lebanon, which Iran is trying to “encroach” on its coast, will not be allowed to exploit the Oil exploration file, and its use as a card in its negotiations. Which resulted in  stopping  the negotiations between the Lebanese and Israeli sides regarding the demarcation of the maritime borders despite the momentum with which it started, especially after the Lebanese Parliament Speaker Nabih Berri snatched its “paper” from President Michel Aoun.

The source adds that the American administration will not accept that exploration and extraction be accompanied by the presence of a pro Iranian military force Lebanon, whether it is through “Hezbollah” or anyone else. Therefore, the Iranians are trying to create auxiliary militias because they are aware that the general trend of the West and Europe in particular is to prevent any security action in Lebanon after The convulsions and provocations have reached a high level that may explode in the street, especially after the attempts to reconnect Lebanon with Syria through visits by ministers in the government, which provoked the Lebanese street.

The Syrian file may return to the fore, because the withdrawal of “Hezbollah” from Syria at the request of Russia cannot be for “free”, hence the fear of reopening the Syrian war wide open again, especially since there is an organic link between the two countries in terms of the players on the two arenas.

The source concludes that the American administration, despite not resolving how to manage the Middle East file, but some officials who have dealt with this file, where the most prominent of them, former Assistant Secretary of State David Schenker, issue warnings from time to time, the last of which was when he winked from the Europeans’ channel, saying: “They threaten sanctions and we have not seen anything on the ground.” Thus, he is urging them to take action to tighten the siege on the spoilers in Lebanon. Will France take the initiative and release the sanctions, the type of which has been determined, which will be more effective if approved by the 27 European Union countries and impose it on Lebanese politicians?