A homeland that lost a companion 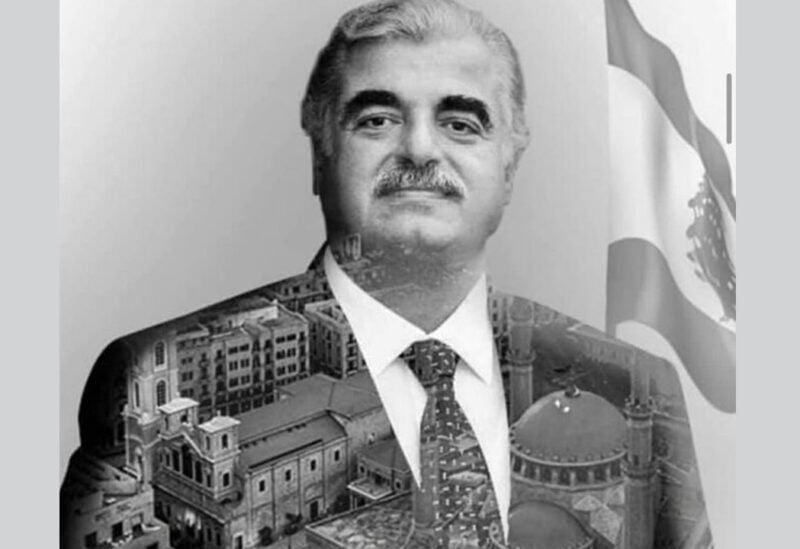 He was the companion, he was not only a president, but rather an entire state represented in a President, as he embraced all sects, religions, cultures, ideas and political orientations, and his vision was based on “moderation and patriotism”.

Today, on February 14, in memory of his assassination, and the assassination of an entire country, the memory brings us back and fills our eyes with tears. Where are we today from you martyr?

Whoever killed you is killing Lebanon today with its glory and unity.

Whoever betrayed you, is tampering with Lebanon and its authenticity.

They feared you, so they killed you and tried to erase your beautiful legacy in Lebanon, but don’t worry, every Arab and authentic Lebanese will always be loyal to you.

“No, we have not forgotten, and the homeland is yet the goal.”

You loved Lebanon and Beirut until martyrdom, Lebanon was during your era the country of moderation that yearns for prosperity, progress, and openness. The capital was the stronghold of Arabism and honorable resistance. The one who built, taught generations, and raised Lebanon’s name in Arab and international forums, is still alive among us, and the date of your martyrdom is the date of the assassination of “Lebanon and all the Lebanese.” For 17 years, we’ve been paying the cost of your absence, and how much we need you today.

The man who was distinguished with his strong will and was able to convince the Lebanese to adopt the Taif Agreement and end the civil war to perpetuate the approach of moderation, has passed away. The man who was able to create a new atmosphere on the basis of citizenship and belonging to the country, helped Lebanese forget the war, and succeeded in placing Lebanon on the Arab and international map has passed away.

“With your martyrdom, Lebanon has become a failed, rogue, and pariah state similar to Iran and its dependencies.”

The day of your departure has become a history engraved in the heart of every “patriot” Lebanese  who believes in statesmen. On this occasion, after a long time has passed, I can only complain to you about the bitter reality that has marked our days since we lost you, and I am certain that the echo of “pain” is heard in you, since you used to hear the young and elders.

Without you the Lebanese people are struggling from a stifling economic collapse, corruption, occupation, suppression of freedoms, counterfeiting elections, and increase in the power of militias. The Lebanese people are floundering under the shadow of an Iranian state that rules our state, and the “Switzerland of the East,” as you dreamed of, has become an isolated country. Lebanon is witnessing international and Arab isolation, and the next is greater.

Beirut exploded, and the criminal was one and well known, but he is still free ruling without any accountability or oversight. The Lebanese mothers as well as the widowed husbands and orphaned children are crying on their martyrs, and the truth will not come. Lebanon is on the brink of the abyss, and today’s hope is dim, because there is no “companion” for Lebanon and its people to restore the the country.

With Hezbollah’s weapon this corrupt class is being protected. This militia led us to economic collapse and financial siege. The latter has imposed on us guardianship by appointments, and the country started to withdraw from its Arab surroundings and entered the axis of opposition under Iranian patronage without considering the interests of the Lebanese people. I remember you when you said “Lebanon first,” today neither Lebanon nor its people are in mind.

“No one is greater than his country”

What comforts us today as Lebanese belonging to the Hariri National School is your remarks that carried our concerns. “The Lebanese people are capable of overcoming crises,” you have always said this, and this reminds us, despite all the difficult circumstances, that no tree has reached its Lord. But this tree will be uprooted by the determination of your free and independent people, by Lebanese Muslims and Christians, who stayed on your path.

Abou Bahaa, your memory is eternal, as your body has left us but you remain in our hearts, we remember you as a great man who gave Lebanon his soul. At this special time, we realize how much we need you; Beirut will not forget you, you were its son and father, the true resistance and leader Inspiring its revival and glory.

We pledge you Martyr Rafik Hariri that we will “complete your path.”