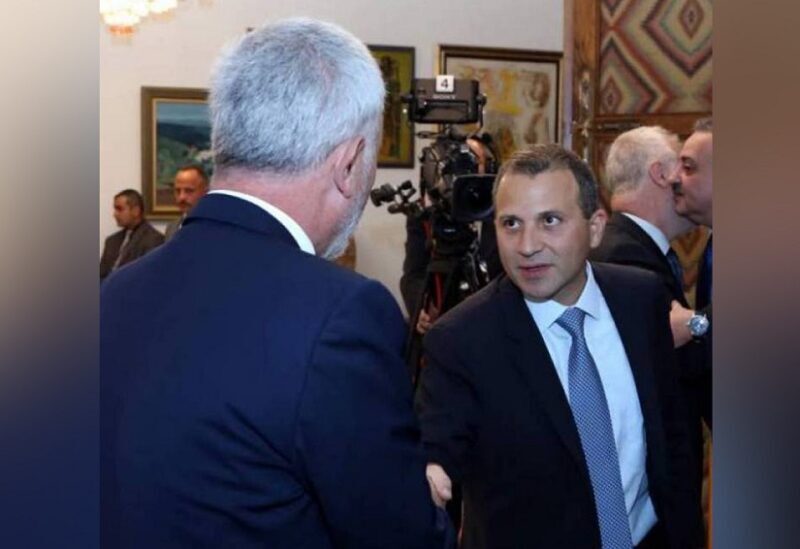 Farid Haykal al-Khazen and Gebran Bassil’s meeting, was not just an apparent one. Rather, it came as a result of Hezbollah’s direct intervention with the head of the Marada Movement, Suleiman Franjieh, and asking him to take the initiative immediately to bring the views closer between him and Bassil, especially with the approach of the presidential elections.

Those familiar with the meeting’s atmosphere assured “Sawt Beirut International” website, that the meeting will not be the last and will be followed by other meetings, for what is required is a unification of team March 8’s stance regarding the presidency, and standing behind Franjieh to enter the presidential battle with strength.

The sources added that the meeting was positive, during which all files were discussed, and the two sides agreed on holding several meetings to reach full reconciliation, tobe translated through a meeting between Frangieh and Bassil, stressing that this meeting would not have taken place without the efforts of Hezbollah.

The insiders revealed that Bassil gave Al-Khazen a paper of demands as a condition for completing the meetings, demands that Bassil considers essential to support Franjieh for the presidency. Among these demands is the sharing of ministerial portfolios in any government that may be formed, and the consideration of the Free Patriotic Movement as the President’s team, which means that Franjieh must secure positions for Bassil in departments of the state, in addition to the basic ministries, and give the Christian share to Bassil, where Franjieh gets the president’s share.

The sources added that al-Khazin carried these demands to Franjieh, and they will be presented to Hezbollah, which had agreed with Franjieh and Bassil to turn the page on the differences without preconditions, but Bassil’s demands may not be secured, and they are ink on paper, because nothing guarantees Franjieh’s arrival to the palace yet. While Bassil eludes his demands to embarrass Franjieh, or that he wants to tell Hezbollah that he is the most likely candidate for the presidency, and this is a settled matter for Hezbollah, which decided to go with Franjieh, and promised him before the last parliamentary elections.
Will Bassil’s demands be a bomb that will explode any rapprochement between the two parties in the future, and will Hezbollah accept Bassil’s preemptive conditions, or will it intervene to curb Bassil’s demands? The answer depends on the coming days and the meetings that it will carry in Laqlouq.