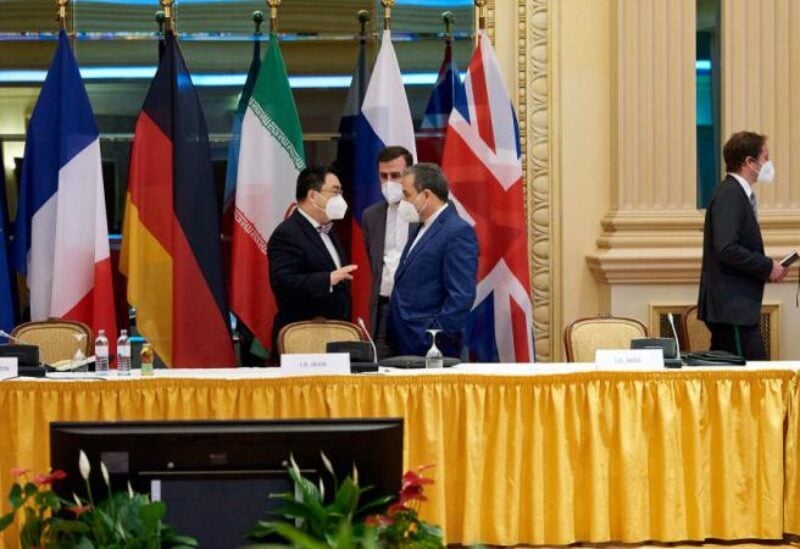 The Iranian presidential elections were not the main reason for the suspension of international talks regarding the revive the nuclear agreement concluded in 2015. It coincided, according to what a well-informed source told “Sawt Beirut International”, with the US presidential elections and the victory of Joe Biden, on whom Iran was counting on to return to the agreement, which former US President Donald Trump canceled in 2018.
The source adds that during this period, Tehran was active in the enrichment process, which amounted to about 60%, but it suffered more than a setback, after the assassination of its most prominent scientist, Mohsen Fakhrizadeh, in addition to the Natanz facility strike, which led to a delay in the enrichment process and the loss of its threatening capabilities.
Two days ago, Tehran returned to Vienna talks, counting on the confrontation between the US administration and China, through raising the ceiling of its demands, but the new Iranian President Ibrahim Raisi missed that the Iranian nuclear agreement, is the focus of attention of the Europeans and the Arab Gulf states, and of course the “Israeli enemy,” as the Israeli Prime Minister Naftali Bennett preempted those talks, by calling on the international community not to make concessions to Iran because it would not offer anything in return, according to the source.
The source believes that returning to the Vienna table does not mean that the Americans will cancel the restrictions imposed on Tehran “for free,” which is something normal, in the concept of international relations and interests, and Iran will not easily give up the program that cost it a lot, in terms of technology, and facilities it re-operated and repaired, In addition to the human cadre that was exhausted through assassinations. And thus, it will put several files on the table to achieve gains to compensate for the losses it incurred. It is Iran whose strength began to fade, starting in Iraq, following the victory of the opposing team in the parliamentary elections. In addition to accusing it of the attempt to assassinate Prime Minister Mustafa Al-Kazemi, after many threads began to unfold, regarding the drones and missiles that were launched from it , as it was confirmed that the direct target was assassination, and not just a threatening operation, and the coming days will bear exciting details about this process, especially after it became clear that the unit that handled the missilesWhich did not explode, neglected or intended not to raise fingerprints.
In addition to Yemen, the source adds, specifically “Marib”, which the Houthis had started cheering about its imminent occupation, and entry to it had been settled, but the human losses they had incurred, especially at the leadership level, turned back the clock, and the drones fired at the Kingdom of Saudi Arabia became incompetent.
As for Lebanon, “Hezbollah”, which is considered the biggest support for the Islamic Republic, has not been able to comfort its environment, through its advice to head East. As far as fuel is concerned, its effectiveness has faded since the entry of the first convoy because time began to work against them, with the escalating economic pressure, and the critical situation in Syria, plus Iran’s militias which are now living in obsession of Israeli air strikes on the entire Syrian territory.
The source concludes by pointing out that talking about Iran’s free hand in the region is not logical for several reasons, most notably the maritime negotiations at the southern borders, which receive European attention more than the American one, and that the process of agreeing on the border demarcation will not be a pressure card because its thunderbolt will explode in the face of “Hezbollah”, especially as the “Free Patriotic Movement” holds it as a salvation card. The coming days will bear its omens at the end of the shuttle visits by the American mediator Amos Hochstein.