Aoun the 2nd competes with Aoun the 1st, and prevails. 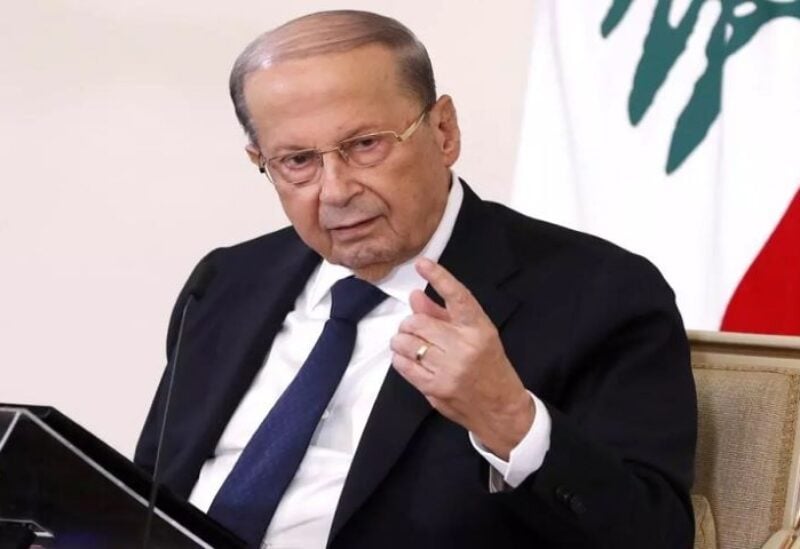 Since April 1975- during the Lebanese war- up till recently, the Lebanese have never reached this level of decadence, disintegration and collapse. The situation of the Lebanese today revolves around two questions

Has Lebanon ever witnessed in the last half century what is happening in this era?

And the second question: did the big impact just happened?

Veterans who lived through the successive Lebanese wars answer that these days are unprecedented and unparalleled:

During the “two years” war April13,1975- Oct 1976, Lebanese were not humiliated the way they are being humiliated today, medicine was never cut off, bread and fuel were not cut off, electricity was cut off only for a while, the Lebanese did not know what a generator was or what “ subscription” was, not even what a special generator was. The exchange rate of one dollar was two Liras (Lebanese pounds), and the Lebanese currency was stronger than all the currencies of the region’s countries. The term “millionaire” was applied to whoever had one million pounds.

When Israel invaded Lebanon in June 1982, and entered the first Arab capital, the Israelis humiliated the Lebanese, but it was an enemy humiliation, still, medicine and bread remained available, and the Lebanese pound maintained its value against the US dollar.

Even during the “100 days” Syrian war on Ashrafieh, the Lebanese did not feel humiliated. After each round of bombing, they came out of the bomb shelters and “stocked up” in anticipation of a new round of violence.

In the “two wars of liberation and cancellation” waged by General Michel Aoun between March 1989 and October 1990. The Lebanese, especially the people of what was known as the eastern regions, began to feel humiliated. Traveling from the port of Jounieh was fraught with danger, as Syrian artillery was bombing the port at the ship’s sailing and arrival.  the Syrian artillery was also bombing the fuel tanks in Dora, on one occasion a number of tanks remained burning for days as a result of the bombing, and the food ships were finding it difficult to reach the port, and to revive memory, two months after the outbreak of the liberation war, General Aoun was asked about what he achieved in the first two months of this war, he replied: “Beirut throughout history was destroyed seven times, and rebuilt, so let it be the eighth.”

Today, President Michel Aoun, prevails on Michel Aoun, the head of the military government between September 1988 and October 13, 1990.

The dollar exceeded twenty thousand pounds.
Fuels, such as gasoline, diesel and gas, by dripper.
Bread is not available at the bakeries
Medicines and medical supplies are cut off.
In short, and in general, the country is collapsing.
Aoun’s presence in Baabda between 1988 and 1990 led to the collapse of the First Republic