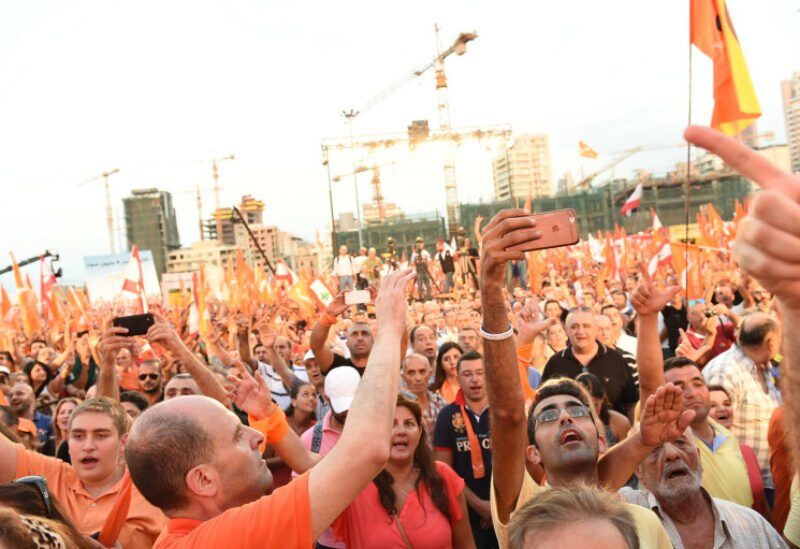 Naji Hayek, the Aounist activist, appeared on the screen of one of the visual media, saying that the ministries handed over by the “Lebanese Forces Party” were like unchanged “weights,” as they were kept the same as when received, but Hayek missed that the President of the Republic, General Michel Aoun, gave his heir and son-in-law the former minister Gebran Bassil, a great popular legacy and granted him the exclusive presidency of the “Free Patriotic Movement” in a solemn celebration that was overshadowed by sentimentality when he said: “God has blessed us to be Aoun’s generation and during his days, we will be his messengers and carry the cause of Lebanon.” Perhaps the most prominent thing in his speech is that they, as the Tayyar, carry the slogan of strong Lebanon, and “we will have a strong leader for the Tayyar, we advocate the strong president of the republic, and the desired state will bear the image of the strong Tayyar and not vice versa, according to what a special source said to “Sawt Beirut International” wondering about Lebanon that Bassil spoke about on that day since 7 years and which arrived to hell.

The source added, from the Tayyar presidency, Bassil’s march began in dispelling this legacy after he prepared for him a “media kitchen” in which he chose his aides and advisers to realize his dream of reaching the presidency, after he devoted himself as the leader of the largest Christian bloc with the support of “Hezbollah” following the historic agreement that bore the name, “Mar Michael Agreement”, which lost its glow in some stations, but remained steadfast, while the “Maarab Agreement” that he signed with the “Lebanese Forces” did not last long.

During this march, Bassil removed many of the movement’s hawks, except for those who left voluntarily, especially those who were sitting at the bloc’s table, from MP Michel Moawad to MP Neamat Frem, and finally some of the MPs he has abandoned, on the pretext of the results of the primaries that were fought within the “Tayyar”. This matter was not strange to many of them, as they felt the pressures exerted by Basil and the centralization of the decision to his person. Perhaps the dispute over the two Maronite seats in Jezzine is the most prominent feature of that centralization, that led to the gathering of Amal Abu Zaid with Representative Ziad Aswad, which was like mixing water with oil.

Returning to the rest of this legacy, the source adds, the “tsunami” that won 5 seats for the Maronites out of 5 in Kesrouan became a small table that rejoiced at winning one seat, and in the northern Matn, where it was unable to forge an alliance with any party or a determined personality, confusion prevailed after It was leaked to the supporters about the necessity of giving the preferential voice to MP Edy Maalouf, and this matter caused confusion within the machine, and each candidate sought to save himself. As for the rest of the seats in Baabda or the Chouf, they also bore the detonator of the explosion at the moment of their formation, while the seats in which he won, they needed the crane of Hezbollah and Amal Movement. Despite this, Aoun’s legacy was dissipated at the hands of the heir who held the majority of the Lebanese people responsible, by accusing them of collaborating with the Americans, the Israelis and their regional allies, citing David Schenker’s words, where the great powers mobilized and managed the process of overthrowing him, but Basil missed the proverb saying:” you lost a possesion you failed to preserve like men do.”