August 15th, is a mini August 4th, How many holocausts do they require to leave? 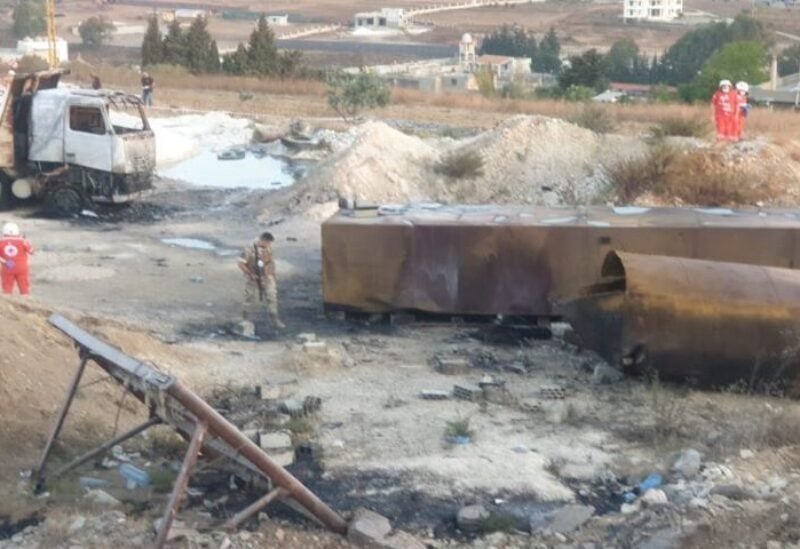 On August 4, last year, all the officials and political rulers were aware about the presence of ammonium nitrate in the Beirut Port. However, they did nothing, and their “efforts” were limited to exchanging letters, until the incident occurred. They started exchanging responsibilities for what happened and its causes, and a year after the “ammonium nitrate holocaust”, officials are still exchanging accusations.

On August 15, 2021, the same scene has been repeated, as all officials were aware that fuel reservoirs exist across the country. They know that from eyewitnesses, municipalities, ISF platoons, army, public security and state security stations. The reports about these reservoirs are submitted to their superiors, who in turn submit them to the concerned ministers who, in turn, submit them during the meetings of the Supreme Defense Council, which takes appropriate recommendations in this regard.

All these time bombs, as well as the “Akkar bomb”, are known to everyone, so was there any action taken?

Since the fuel crisis worsened, the country has turned into a floating land above countless fuel reservoirs, as each generator, station, hospital, and supermarket has its tanks, but the most dangerous of all are the reservoirs and warehouses that exist near the Syrian borders, where fuel is loaded in preparation for smuggling into Syria.

Nobody pretends they don’t know!

How did all gas stations open within 24 hours, and all of their reservoirs were filled with gasoline and diesel? How, in 24 hours, the army was deployed in the places that included fuel reservoirs? Isn’t this a proof that they knew?

But who was covering the fuel reservoirs’ owners? They are the same ones who were covering the ammonium nitrate in warehouse No. 12 in the port of Beirut.

Talks are no longer useful currently. What is required as soon as possible is to refer the “Akkar Holocaust” to the Judicial Council and ask all those who own fuel tanks to report it to the competent authorities. If this will not happen, Lebanon will remain floating on ticking bombs.

Hezbollah owns missiles whose location is unknown. These are also time bombs.

It is useless to condemn or to issue regret statements. If the state is not the sole authority, then August 4 will be repeated and so August 15, so what has changed so that these incidents will not recur again?