Bassil and Safa are nearing an agreement, alert siren sounds for Mikati 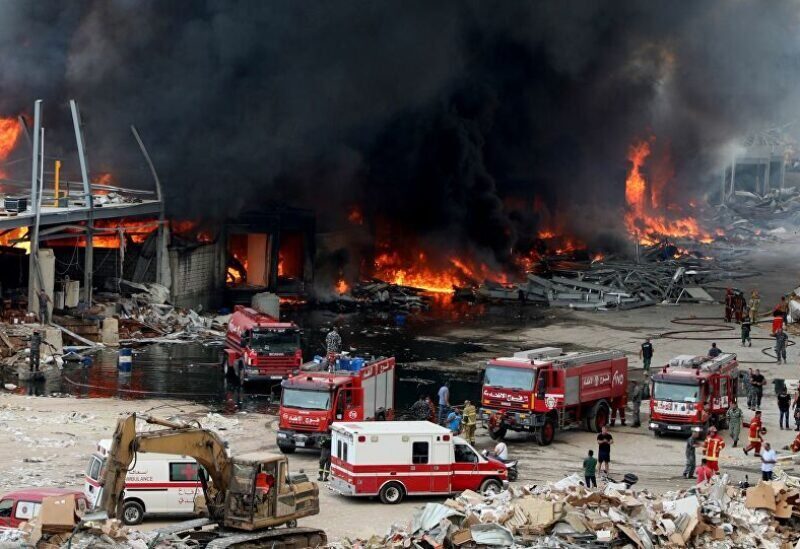 Everyone involved in this shady trade denies it since they are aware of the horrors that their hands are causing.

Monitoring sources say that concluding the deal is not easy, but the Shiite duo wants to get rid of the judicial investigator, Judge Tarek Bitar, at any cost, so Wafiq Safa is stitching this deal with MP Gebran Bassil, but there are major obstacles obstructing the deal so far, the first of which is fear of the international community’s reaction.

“Bassil is frightened of the deal’s implications in the Christian street,” the sources claimed, “and the deal was made at the international community level, notably the American, who is waiting for Bassil and his movement to make a mistake so that further sanctions may be imposed.”

According to analysts, a fresh set of sanctions awaits Basil and the people who surround him, and they will be implemented whether the agreement works or fails.

Commentators point out that Prime Minister Najib Mikati is quite afraid of such a deal, not because he doesn’t want it to be concluded, but because he is afraid of its consequences. In fact, Mikati wants to bring his cabinet back to life, but he is afraid because of pledges he made to French President Emmanuel Macron, including his vow to complete the port explosion investigations and not to dismiss Judge Bitar, which enraged Mikati in Ain Al-Tineh by refusing to comply with Berri on this deal.

Moreover, it was reported that Mikati and UN Secretary-General Antonio Guterres have held a private conversation in which Mikati overheard comments about not dismissing Bitar, as well as warnings about hindering the battle against corruption and the reforms Mikati had promised the international community.

Many elements have entered the deal’s crosshairs, and accomplishing it will be impossible unless the governing team wants to commit suicide and engage in a fight with the international community, which would imply further foreign involvement and the prospect of international sanctions in Lebanon.