Behind scenes of Franjieh Bogdanov meeting.. Russian support and promises from Nasrallah 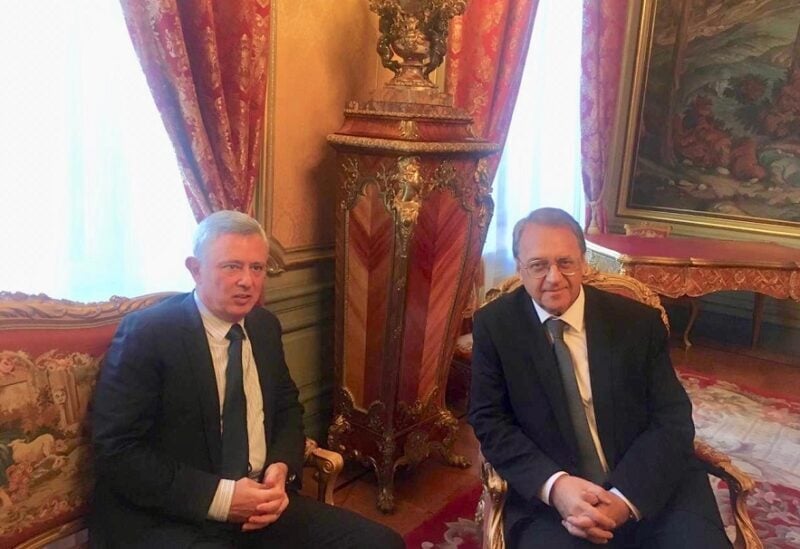 Many secrets and great reproaches towards the policy of the Lebanese Foreign Ministry, were circulated behind the scenes of the meeting that brought together Russian Deputy Foreign Minister Mikhail Bogudanov, and the head of the Marada movement, Suleiman Franjieh, during his recent visit to Russia

The Russians did not hide from Franjieh, their blame. And they insisted on delivering a strongly-worded message of reproache, to the head of the Free Patriotic Movement, Gebran Bassil, and his offensive behavior toward Russia and his stance on the Russian invasion, according to what sources accompanying Franjieh’s visit, described.

The same sources confirm that Russia continues to resent Bassil and President Michel Aoun, but there is a Russian keenness not to aggravate matters, still, Bassil’s stances have a price, that he should pay.

When asked about the price, the sources answered “Sawt Beirut International” website, that Bassil must forget the Russian support, and this means that the Russians will not support Bassil if he runs for the presidency.

As for the secrets of the meeting, the sources say that Franjieh informed the Russians, of Hezbollah Secretary-General Hassan Nasrallah’s support in the presidential elections, and revealed that he had received a promise from Nasrallah, to go ahead with Franjieh towards Baabda, and this is an unequivocal promise.

They also indicate that Bassil’s failure to accept the alliance with Franjieh despite Nasrallah’s efforts, came against the background of his knowledge of the promise made by Nasrallah to Franjieh, as Basil felt that his dream of the presidency had evaporated, and he lost the party’s support, and the Russian stances confirm that the carpet of Baabda Palace, was pulled from under Basil’s feet.

Bassil knows that he has lost the party’s support indefinitely, as the party has suffered from Bassil’s actions, but at the same time it does not want to break the alliance with him, because it needs his Christian cover and this explains the party’s intervention with Parliament Speaker Nabih Berri to gather the lists and include the Tayyar candidates, hoping for a unified list, because what matters to the party is the result, as for taming Bassil, this step will be done later.