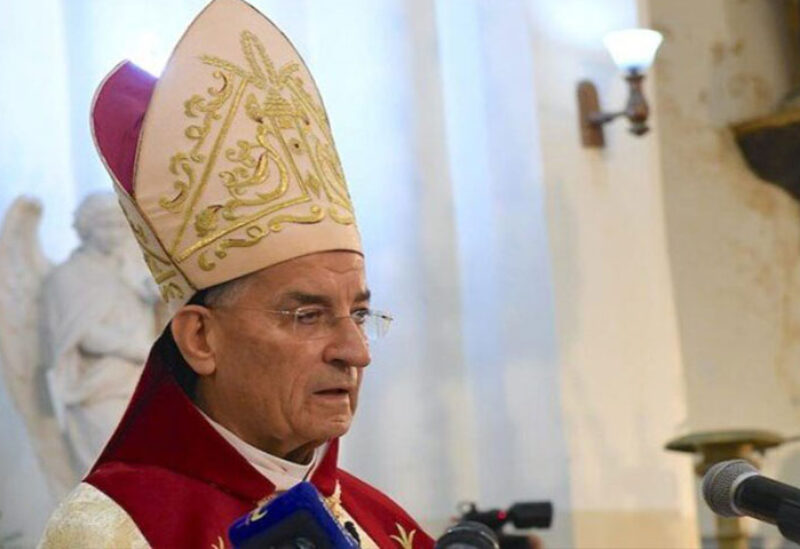 Few hours separated between the visit of the Secretary General of the “World Forum for Proximity of Islamic Schools of Thought” (WFPIST), Sheikh Hamid Shahriari, and Patriarch Mar Bechara Boutros Al-Rahi’s video which included clear messages to “Hezbollah”, and indirect messages to the President of the Republic, after his failure to be held accountable for decisions of war and peace.

A source close to the Patriarch believes that Al-Rahi raised the voice after the delegation’s departure from Persia, and consequently he sent a clear message that the matters presented by the delegation do not work on a Christian or Islamic basis, not even at the level of the Holy See.

The source added, Patriarch Al-Rahi has launched his stances and circulated the video directly after the delegation, which included a lot of officials in an attempt to show power, left Bkekre.  Some observers considered the video’s content a declaration of a “political war” against “Hezbollah” and the Secretary-General Hassan Nasrallah in particular. It also reminded about 1559 Resolution, which was officially revived in Baabda.

Here, it is necessary to highlight on what was mentioned in the video, which constitutes the starting point for a new road map that will be adopted by the Patriarch, especially that no one has et him with his constants that he put forward. The Patriarch for the first time has asked Hezbollah a series of sovereign questions: ““Why are you against neutrality, do you want to force me to go to war? Are you willing to keep Lebanon in a state of war? Have you ever asked for my opinion before you decide war? Have you ever taken my approval to head to Syria, Iraq and Yemen? Do you consider the opinion of the government when declaring war and peace with Israel? Remember, the constitution says that declaring war and peace is due to a decision of two-thirds of the government’s votes.”

The source added that the deliberation of government formation and the dialogue with Bkerke that took place between Hezbollah’s delegation and members of the Islamic-Christian Dialogue Committee, remained in a vicious circle. The Patriarch has later launched from the outset of the edifice a series of stances which echoed in Persia. These stances were not welcomed by the Iranian authorities, but rather were indirectly confronted through media, and through Hezbollah’s representatives.

The Patriarch didn’t close the door for dialogue, but he reiterated his principles on Sunday sermons over a period of weeks, accompanied by wishes and calls for dialogue to find solutions for this political and economic crisis, which is suffocating citizens.

However, the special interests and agendas of these parties run parallel with these calls without reaching a meeting point. For this reason the Patriarch opted for the salvation of Lebanon.  The coming days will carry many stances that may ignite the country.