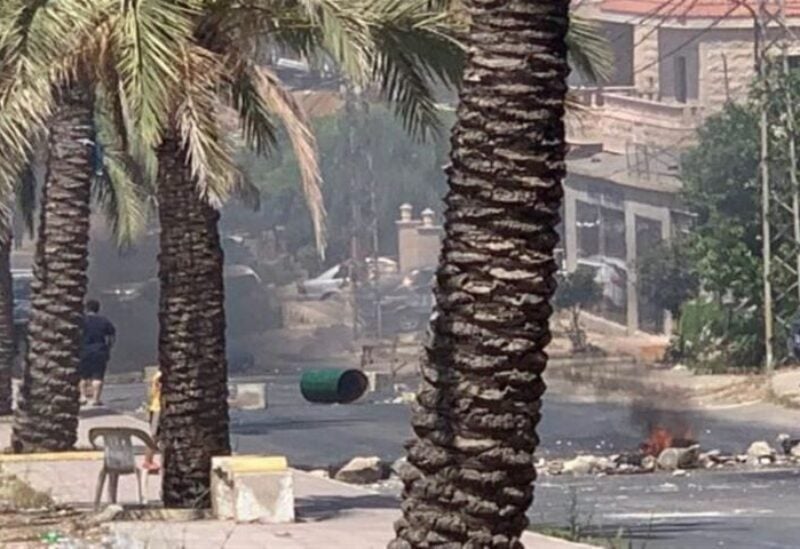 A reliable source revealed to Sawt Beirut International (SBI) the reality of the incident that happened between the towns of Maghdouche and Anqoun.

The source said: “On Saturday, August 28, which almost turned into a “Black Saturday,” the movement in Maghdouche was quiet. Its residents who work in Beirut used to spend the weekend there. But this Saturday, was not similar to the previous ones, as young men from Anqoun town, which is adjacent to Maghdoucheh, parked their cars in front of one of its stations, knowing that it was closed. The municipality of Maghdoucheh requested not to park the cars if the owners were not in it, but the Anqoun youth did not comply. When the station’s owner opened and started filling the cars, young people from Anqun made a problem as the owner decided to give priority to the people of Maghdouche.

Since that chaos prevailed, and a “support group” including youth from Anqoun arrived holding sticks and sharp knives. Dr. Hisham Hayek from Maghdouche, who is nicknamed “The Doctor of the Poor” because he offers free consultations to the people of Maghdouche and Anqoun, was stabbed with a knife that was about to cut off his hand.

After this incident, the sons of Ankoun retracted, however, on Sunday they repeated the same action in a more violent manner. They deliberately entered the house of a person from Al-Shabab family, which is the first house between Maghdouche and Anqoun, and assaulted its owner. They broke everything in the house and destroyed Danny al-Jamous monument, a martyr from the Lebanese army.

Despite what happened, the army did not take any action in the first 24 hours. According to the sources, the army moved after contacts with Ain al-Tineh!

The deputy of the region, Dr. Michel Moussa, a member of the “Development and Liberation” bloc headed by Nabih Berri, stayed at his home and did not intervene until 48 hours passed, although that a member of his special escort, a former military, was stabbed with a knife.

This situation was about to spark strife in eastern Saida, which had previously witnessed war and displacement in 1985, and many feared that incitement would turn back the clock 36 years.

The questions that arise after each incident of this kind are:

When will the authority react and stop the farce of queues in front of the stations?

How long will the “excess power” control the mentality of some people? Does these people realize that everyone in Lebanon has his own street? And if the streets slip away, we will go back to “Ain El Remmaneh bus,” which blew up the war?