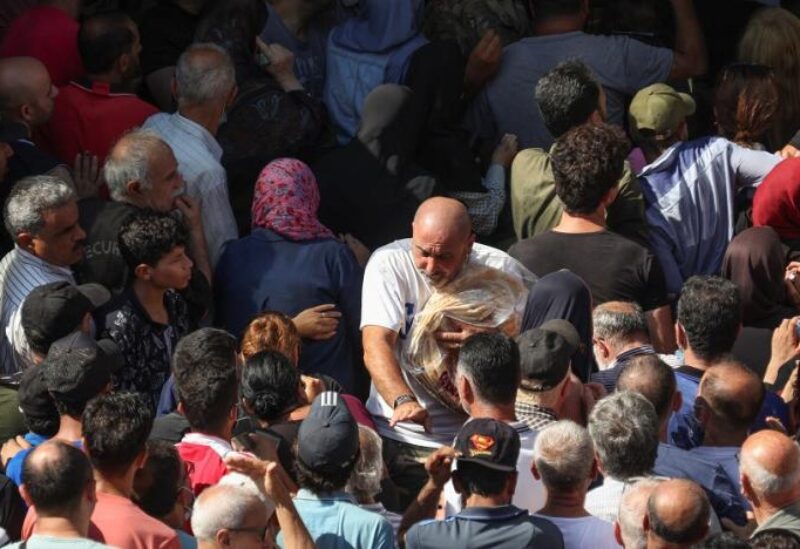 Between the Minister of Economy’s words about wheat that is secured in large quantities, and the merchants’ monopoly and the smuggling of wheat outside the borders, through Hezbollah’s crossings, has the Lebanese bread crisis become the authority’s precursor that is under Hezbollah’s command, in order for the citizen to acquiesce and accept the fait accompli?

The bread crisis has worsened in Lebanon, and the queues have increased in front of bakeries that give little of it, amid accusations between bakeries and the Ministry of Economy.

The bread crisis, like other crises that successively affected citizens, such as gasoline, medicine, and others, that the Lebanese citizen suffered from and still, is caused by the absence of the state, the corruption of officials and the control of the Hezbollah militia over the country, and the result of semi-rupture with the Arab environment and the countries that supported Lebanon.

It is worth mentioning that the smuggling operations from Lebanon to Syria through legal and illegal crossings, both of which are under the command of Hezbollah, who is the only responsible actor for what the country has reached, and the phenomenon of crisis traders hit the sector at its core, and the flour internally became subject to sale on the black market or smuggled to Syria under the command of the Hezbollah militia.
The wheat sector is subject to partisan and sectarian favoritism like all other sectors, and the Ministry of Economy has a great responsibility to eliminate the black market for bread.It knows its owners, and it is required to raid them with the support of the security forces, and to oblige importers and traders to deliver flour to the bakeries, before resorting to the judiciary due to the risks of political interference, and the public security must monitor the border leakage, that the Minister of Economy talked about.
The current situation is heading backwards, from bad to worse, and the citizen is floundering in crises, with no radical or even serious solutions, while the scene of the Lebanese rushing to bakeries to buy bread continues, waiting in queues of humiliation. And here is the master of Hezbollah militia, threatening and intimidating, while the people are searching for their livelihood.