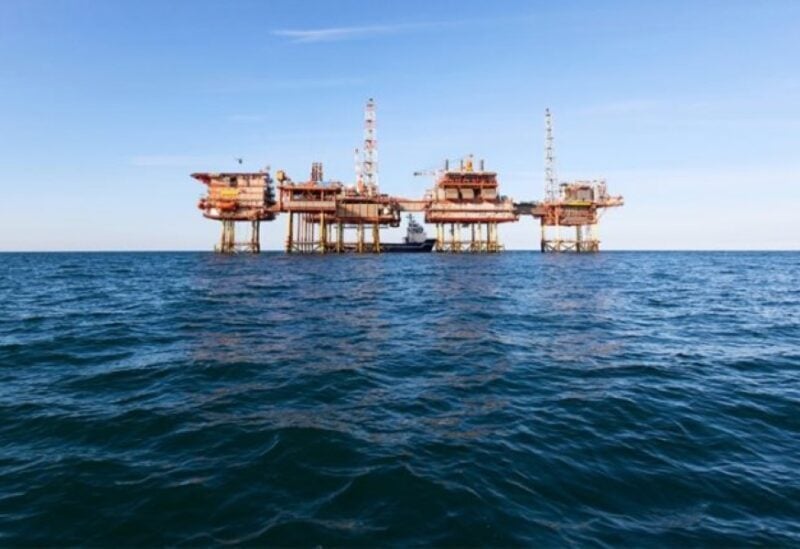 Diplomatic sources express to “Voice of Beirut” their belief that the Russians may linger in the process of starting the oil exploration in the maritime domain between Lebanon and Syria after the objection from Lebanon that the maritime border between Lebanon and Syria in the north is not demarcated, and that Lebanon is waiting for the Syrian side for Understanding and demarcation in accordance with the law of the sea.

And asLebanon objected the desire of the Russian company “Capital Limited” to invest, and prior to that, explore for oil, this company will not allocate funds for this purpose if it does not have assurances that its work will continue and that the area in which it searches is the right one hundred percent, Especially since the funds  allocated will be in billions of dollars.

The sources expect that the Syrian signature with the Russian company will constitute an area for negotiation between Lebanon and Syria in order to begin demarcating the maritime borders. The sources consider that the mistake falls on the Russians, who should have realized the nature of the situation at sea between Lebanon and Syria before starting and signing. The basic mistake also falls on Syria, which is taking advantage of the Lebanese state’ absence opportunity, the absence of an effective government, and the inability to form a new one, so it exploited this reality to try to impose a maritime fait accompli in the North, which gives it more than its share according to the law of the sea and the principles of international law.

The sources believe that the Russians are seeking to get involve in the demarcation line of Lebanon’s maritime borders to blink from the Americans channel who is mediating between Lebanon and Israel in the process of negotiating the demarcation of the southern maritime borders, which stopped months ago without making any progress. And which is expected to be resumed with the new US administration headed by President Joe Biden, as soon as appointments to positions within the State Department are completed.

The sources mentioned that at one point the Russians were mediators between Lebanon and Israel regarding the maritime demarcation issue. The sources do not exclude the mediation of more than one international party in the demarcation line to the north or south. This may be positive because it will contribute to moving the relative negotiations. This is a good for Lebanon, since it will be able to  finalize and maintain its borders. It is also not excluded that the Russian company, which is driven politically by Russia, enters the demarcation line for the swap between the northern and southern maritime borders, as all possibilities are possible.

Lebanon is now waiting to negotiate with Syria. And Syria was always focusing on three aspects when Lebanon was inviting it to demarcate to the south or the north. It does not want the involvement of a third party, such as a mediator or aide, like the United Nations, the United States, or any party. It supports  bilateral negotiation (if anyegotiation takes place). Then when Lebanon used to ask for starting  demarcating the land borders and Shebaa, it always said, “Let’s start demarcating from the north. Was that to evade the issue?” And is it really going to start demarcation from the north? Now it’s a chance to start from the north, will it ? Also, Syria, does not like demarcation as an absolute principle. And this is what delayed the demarcation in all, for its northern and southern sides with Lebanon. It is of nits own benefit , as it considers, for the borders to remain without demarcation, because it will not be obliged to any commitment . Syria also does not like the committees that aim to negotiate the demarcation, as it evades all of that.

One of Russia’s ambassadors in the region said, that Russia is interested in its influence in Syria, and it is concerned that Islamic organizations do not come to its northeastern borders, and that Russia will not accept that Syria falls under the rule of the Islamists. As for the Russians, Syria is a strategic issue, and although Russia is not an economically strong country, it has placed all its weight in order to be stationed in Syria.

What is most regrettable is that Lebanon finds itself, and on every occasion, that its country should have focused on demarcating its land and sea borders for decades, and not let the situation continue the way it is. There are challenges in negotiating demarcation with Israel, as well as with Syria, even if the Lebanese authorities invited it (Syria)  to demarcate within the framework of brotherhood. If there is good intention, maritime demarcation to the north will not be difficult, and then a method for demarcation will be found. Of course, the demarcation will be from the air, because it is not possible to go down to the sea for this purpose. the important thing is to determine the starting point for demarcation.

In a borders map, it turns out that the southern land borders are demarcated and defined by agreements, there is now the blue line, which it is not far from the realistic borders, there is a difference of two or three meters. As for the southern maritime borders, they are not demarcated, and the negotiations, which began at the end of 2020, are expected to be completed. The Shebaa area is not demarcated and 90 percent of it is Lebanese, according to the sources. And the countries deal with it as if it was  Syria, and it has the”UNDOF” forces. Lebanon which feared engaging in a war, remained silent on demarcation. There is the land border with Syria. About 12 years ago, a Lebanese committee was formed to deal with the Syrian side to prepare for negotiations over demarcation. However, Lebanon found Syria stalling, and the maritime border with Syria was not demarcated. As a start, Lebanon can reach an understanding with Syria because it cannot demarcate unilaterally. The understanding can also be a tripartite act in the presence of the United Nations. Or if it is bilateral without the presence of an international organization, the two countries can inform the United Nations of the demarcation after its completion.