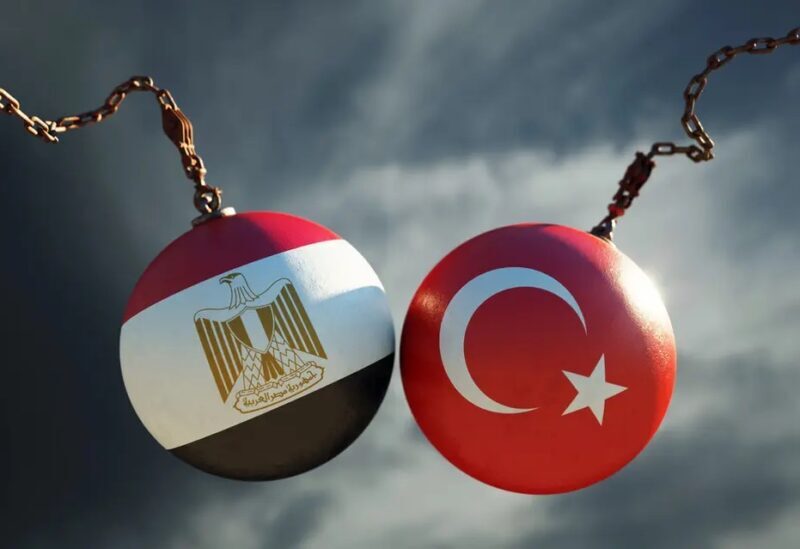 What the Egyptian President Abdel Fattah Al-Sisi have said, came at the appropriate time regionally, Arab wise and even globally, to set the Egyptian firm stance once and for all regarding the raging Libyan scene. Protecting Egypt’s borders becomes critical when it comes to the illegal Turkish intervention in Libya, and Erdogan regime’s support for a Brotherhood Government of National Accord in Tripoli.

An Arabic supporting reaction to Egypt from Arab nations, such as the Saudi Kingdom, UAE and Bahrein was not surprising, within a stance that supports a peace dialogue in Turkey. Riyahd and Abou Dhabi are the guardians of Arab national security, and the leaders of these countries have always declared their clear stance regarding “suspicious” Turkish activities in Arabic lands subjected to a direct Turkish occupation, such as Syria, Iraq and Libya.

The Egyptian president’s speech opened a new page of Arab solidarity and the importance of activating the joint Arab defense system, at a time when both West and East are warning against the continuation of the Arab-Turkish conflict, because the illusions of the failed Ottoman adventurer Erdogan, are expansionist dreams and an escape forward from his countries’ internal  crises, which suffer from European pressures, Arab isolation and US sanctions, which in turn led to the collapse of the Turkish lira and the deterioration of the local economy to its lowest levels

Libyan’s tribes’ stance, as well as the elected parliament and the Libyan armed forces led by Khalifa Belqasim Haftar, is compatible with the Egyptian vision and the Arab orientation, especially the Gulf ones, which rejects completely Erdogan’s attempts to recycle Muslim Brotherhood militias in Libya’s  western region and imposing  a de facto authority on the Libyan people, who are suffering the looting of their wealth and the seizure of their country’s capabilities, especially the cities of the Oil Crescent.

And if Libya’s events are reminding us  of the Decisive Storm launched by Saudi Arabia years ago in a strategic partnership with the UAE and the rest of the Arab coalition countries, in order to liberate Yemen from the Iranian-backed Houthi coup, the remarkable coordination between Erdogan’s regime in Turkey and the Wali al-Faqih regime in Tehran, requires once again,  to intensify efforts In order to crystallize a serious Arab stand that puts an end to these desired ambitions.

In contrary to what those Turkish and Iranian defectors think, the Arabs will not be an easy prey, as the Egyptian announcement has proven to everyone, the nature of that Arabic steadfastness, and the unity of destiny from the ocean to the Arabian Gulf. Arab citizens, as well as their governments, are fed up with the Turkish-Iranian adolescence phenomenon, which focus on the expansion of terrorist groups and extremist gangs such as ISIS, Al-Nusra, Al-Qaeda, Al-Houthi and Hezbollah, not to mention the Muslim Brotherhood.