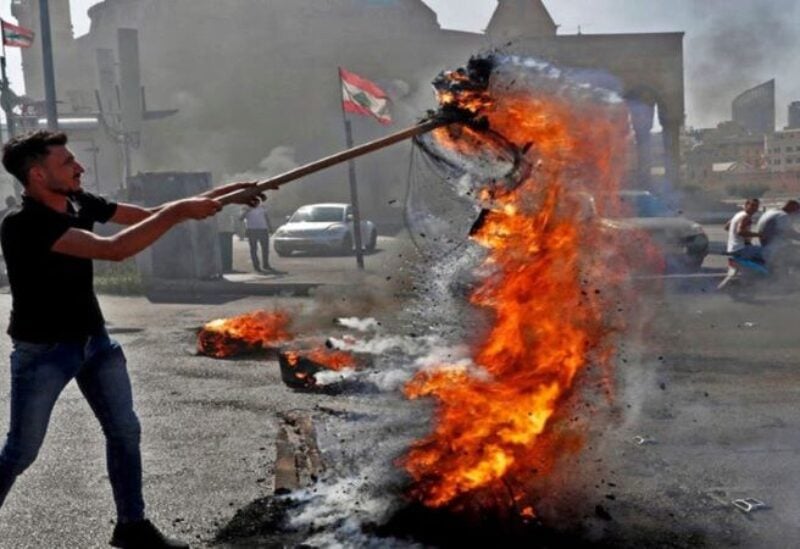 A terrorist organization is controlling Lebanon and dominating all the state’s joints. It is the armed Iranian-backed Hezbollah party, a disease whose scope has become beyond the capabilities of the Lebanese people.

This armed organization “continues to implement its terrorist agendas, and support similar terrorist organizations, which constitutes a “real” threat to Lebanon’s future and plunges it more often into a dark well whose fate is unknown.

Hezbollah is classified as a terrorist organization, and this is a good reason to impede the relations of the Lebanese authorities with friendly countries. A statelet governs the joints of a state, and a party that cares about Iran’s interests- the number one sponsor of terrorism in the world – more than it cares about the citizens’ interests, is certainly one of the main reasons for the exacerbation of crises.

Therefore, the Lebanese must rapidly and ruthlessly, upraise and rebel against the statelet which was the major reason for deterioration and economic collapse. It is vital to demand for including the Iranian tumor with its political and military arms on the terrorism lists and to disband its weapons. Then people should call for building an independent state that seeks to achieve the interests of its citizens. Without putting an end Hezbollah, nothing will be resolved.

Finally, we are facing a bitter reality that requires an uprising, a revolution, and a changing the authority that is making Lebanese suffer, and adopting hostile policies against Lebanese interests. So, either rebel against such a reality, or bid a farewell to what is remaining from the country.