Forty years between crime & verdict, how long shall we wait for justice? 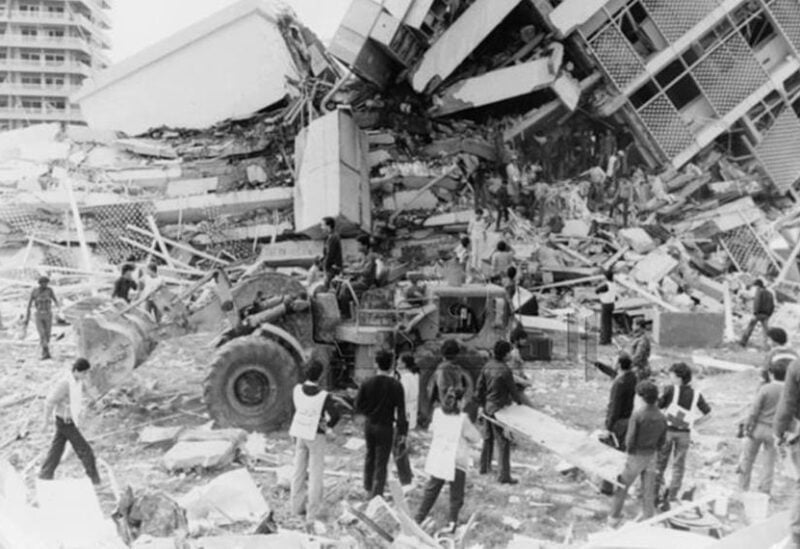 FILE PHOTO: The destruction seen in the wake of the bombing that shook the Iraqi Embassy in Beirut on Tuesday, December 15, 1981.

The news about a verdict in the case of the Iraqi Embassy in Beirut that was bombed and destroyed forty years ago didn’t hit the headlines and wasn’t even featured on the front pages of newspapers and news websites.

Today, Beirut is so strained and preoccupied – unfortunately – with providing bread, medication and gasoline that it didn’t pay attention to an incident that had sparked terrorist operations against the Lebanese capital, its residents, diplomats and every single living being.

It happened on Tuesday, December 15, 1981, when a booby-trapped car rammed through a barrier wall protecting the Iraqi Embassy in Beirut’s Ramlet al-Baida. The six-storey building was totally destroyed, and 61 people were killed.

Among the victims were the Iraqi ambassador to Beirut and Balqis, the wife of poet Nizar Qabbani, who was an Iraqi national working at the embassy.

Forty years and three months after the terrorist crime, a verdict in absentia was rendered in Beirut against the fugitive accused men, identified as Hussein Saleh Harb and Sami Mahmoud Al-Hajji. Harb and Al-Hajji were sentenced to hard labor for life.

The ironic thing is that the two men against whom a verdict was issued had already been arrested in 1983, two years after the bombing of the Iraqi Embassy, on charges of plotting the bombing of the U.S. Embassy in Beirut in April 1983. They confessed to having bombed the Iraqi Embassy yet the military court released them and therefore, they became fugitives ever since!

In 1991, they were included in the amnesty law but the Court of Cassation overturned the decision on the grounds that the amnesty law excludes crimes relating to the assassination of diplomats. In 2021, a verdict sentenced them to hard labor for life but it was rendered in absentia because they are fugitives!

Families of the 61 victims who were killed when the Iraqi Embassy was bombed and destroyed are inheriting their wait for justice to their children and grandchildren. This is how demanding justice in Lebanon looks like – it is inherited from one generation to another.

Not far from the context of the terrorist bombing, poet Nizar Qabbani whose wife Balqis was killed in the embassy, had written one of his most wonderful poems whereby he lamented her death and later released the poem in a book he called “Balqis”. We will quote some of the poem’s verses:

Oh my moon that they buried under the rubble..

Now the curtain is being raised..

I will say in the investigation..

That I know the names.. the things.. the inmates..

The martyrs.. the poor.. and the vulnerable..

I will say that I know the swordsman who killed my wife..

And the faces of all informants..

I will say: Our chastity is fornication..

And our piety is filth..

I will say: Our struggle is a lie..

And that there is no difference..

Between politics and prostitution!!

I will say in the investigation:

That I know the murderers..

And I will say:

Our Arabian era is specialized in slaughtering jasmine

And murdering all prophets..

And killing all missionaries..”

Nizar Qabbani died after having waited for too long – just like the families of other victims – for the truth to be uncovered, the verdict rendered and justice achieved.