Gasoline crisis not over yet, fuel prices to exceed 200.000 LBP soon 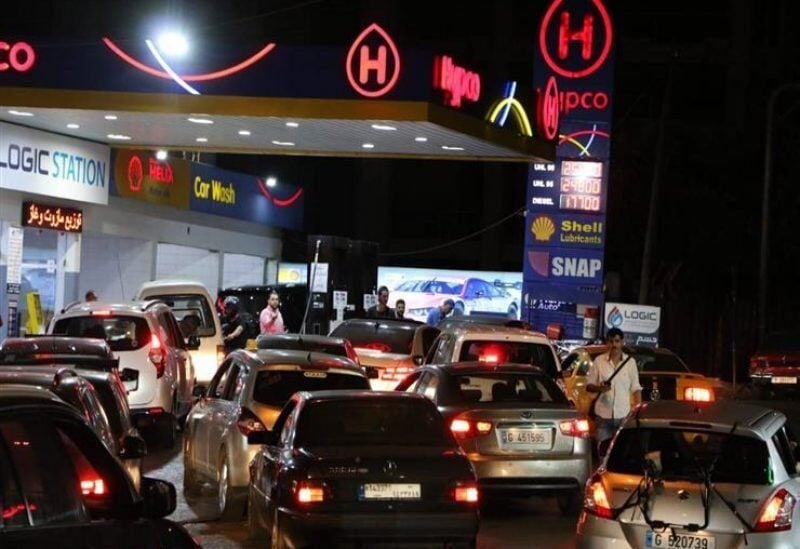 Do not be fooled by those who claim that the gasoline issue is nearing a resolution, because the situation doesn’t appear to be improving.

Even at the present exchange rate of 3,900 pounds, lines are still long, fuel supplies are insufficient, and funds are weak, incapable of maintaining gasoline subsidies. Politicians continue to offer meaningless speeches, regardless matter how awful the situation is.

We now understand what it means to “live in hell,” where no peace of mind is allowed. As depositors’ money runs out, queues will rise, showing that we are facing a serious situation that can only be solved by abolishing fuel subsidies.

In this regard, sources close to a company that undertakes oil import operations told Sawt Beirut International that lifting subsidies is the only way to address the fuel crisis because ensuring the dollar has become extremely difficult due to the high black market exchange rate.

“The Banque du Liban subsidizes fuels by a set amount and provides credits to purchase fuels with depositors’ funds. However, the present funds will vanish after a short period of time, so how will the dollars emerge? Companies are also purchasing dollars on the black market since the central platform is useless,” sources added.

According to sources, raising the payment is the most appropriate approach at this time because it fights smuggling on the one hand and addresses the gasoline shortage and eliminates humiliating lines on the other.

“The companies delivered a strict warning to those concerned that they are no longer able to handle the stress, and that they are now facing the possibility of collapse, insolvency, and company closure,” the sources added. “Some companies refused to supply fuel because they couldn’t afford to import it, and the Bank of Lebanon (BDL) refused to lend them money at this time, because it has a quota system in place that prioritizes corporations with political clout or who are part of the “political oil cartel” system.”

The appropriateness of the oil-importing companies’ decision will be evidenced in the coming days, according to sources, but officials want to conceal the issue so that the street does not explode in the face of those in power, but the revolution is undoubtedly coming, as we no longer have financial resources, credits are in short supply, and depositors’ money had vanished.