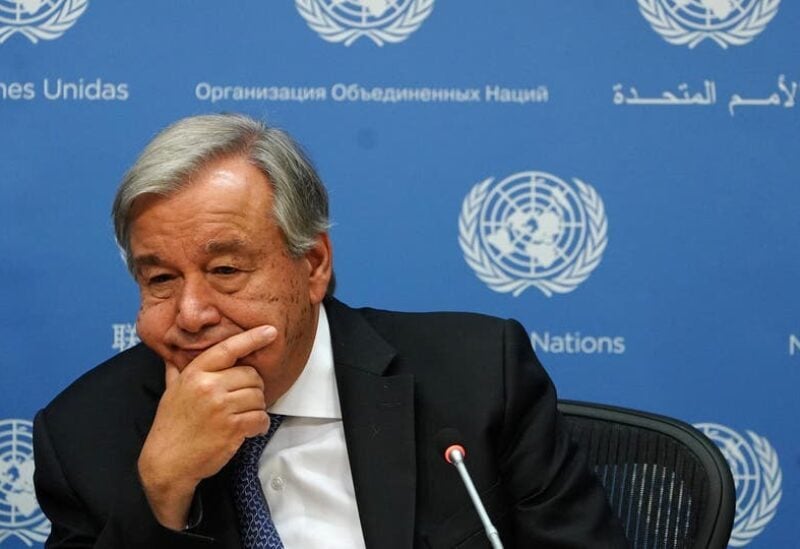 The visit of UN Secretary-General Antonio Guterres to Lebanon, on Sunday, is particularly significant because it is an official tour that has the status of a state visit. Diplomatic sources at the United Nations told Sawt Beirut International that it will be his first visit, during which he would show his support for Lebanon in all fields, in a basic message carried by the visit.

Guterres will also express the international organization’s support for Lebanon in its historic crisis, but in exchange, Lebanese parties must help their country rise again by stimulating government action, conducting a fair investigation into the Beirut Port Blast, and cooperating with the International Monetary Fund to resolve the economic crisis. Guterres is also eager to demonstrate that the international community and the United Nations, in all of its bodies, are united in their support for Lebanon.

Based on his belief in the importance of reactivating the Lebanese government, he sees its formation as a true opportunity to demonstrate its domestic and foreign cooperation in resolving Lebanon’s problems and bringing the country out of its crisis. It also provides a fresh impetus at a time when Lebanon desperately needs help. According to sources, Guterres will reiterate the UN’s and all of its bodies’ sympathy with Lebanon, and will attempt to understand Lebanon’s perspective and that of its officials on how to help themselves within the context of the role the world expects of it. According to the sources, the Secretary-General will not intervene in the conflict between Lebanon and the Gulf, because the UN does not interfere in regional political disagreements. In the framework of its frequent appeals for the execution of Security Council resolutions, the UN can bring the views of the parties closer together. UNIFIL mainly aims at maintaining peace in the south. The Lebanese army issue is on the agenda of discussions as well.

In addition, the Secretary-General will question Lebanese officials regarding the implementation of international resolutions relevant to the Lebanese situation, as well as the importance of taking action immediately. He will also tell them of the international organization’s ability to keep up with the implementation of the resolutions. It will also send a message that the international community, including the United Nations, is ready to assist Lebanon, but that no one will be able to take its position in finding an adequate solution. This applies to both the political and economic crisis, as well as the theme of defense strategy discourse as a means of resolving the question of disarmament and its integration with the legitimacy weapon.

The Secretary-General will host a meeting of the leaders of the international organizations’ agencies working in Beirut at the UN in Beirut to assess their work and learn more about what they are doing to assist Lebanon and help it get out of its current crisis. He will also pay a visit to Beirut’s port.

Guterres will be also visiting the “UNIFIL” command in the south, where he will be briefed by the commander, Major-General Stefano Del Col, on the conditions of the force’s activity and the challenges it encounters in carrying out its duty. It’s worth noting that Del Col’s mission will come to an in February 2022, and efforts will be made to pick a successor.