Has Arab Gulf closed the book of Aounist’s offense? 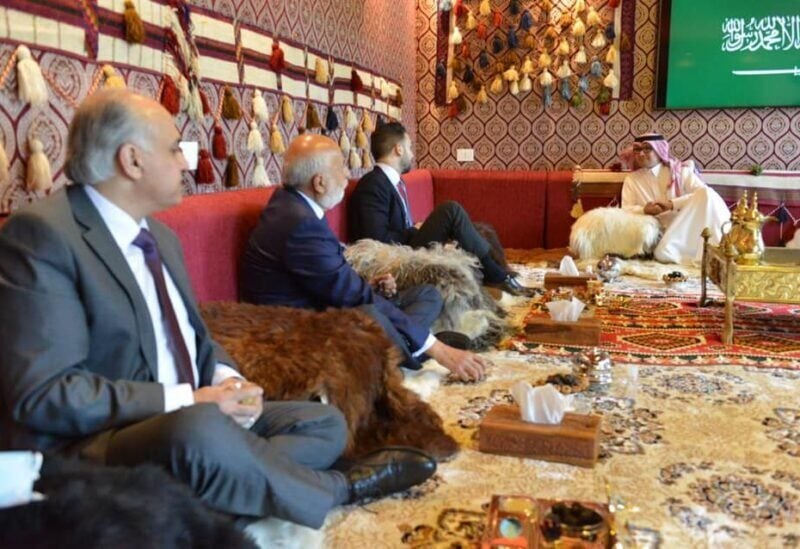 Saudi ambassador receiving delegations in his tent in Yarzeh

The way in which the Saudi Ambassador to Lebanon Walid Bukhari wanted to respond to the offense of the reclining Lebanese Foreign Minister Charbel Wehbe offense, was through a very discreet diplomatic method. The Ambassador who has close relationship with all Lebanese components, decided to receive the Lebanese envoys who headed to his residency in Yarzeh, inside an Arab tent full of the fragrant history and cultural heritage of the Arab Gulf states, which compete the most prestigious countries in the world vis a vis its services to its own people

The scene left by the unsuccessful words of the Lebanese Minister, explained to the whole world the greatness of what is happening in powerful Arab Gulf states such as Saudi Arabia and the Emirates, as the two countries dealt with the issue with a deep political soul, combining concern for both Lebanon the state and society, and highlighting  practices that harm peoples’ fraternal relations. Even the Western media was influenced, albeit to a limited extent, by the echoes of that political, diplomatic and media movement. The interaction concentrated through a positive framework that focuses on the urban, economic, and even social and cultural renaissance in the Arab Gulf Cooperation Council states.

The logic of reconstruction and providing the good and the finest to man is the best approach upon which these countries were built, and perhaps the famous word of Sheikh Zayed,may his soul rest in peace: “Our people deserve all goodness”, is the word that converges with the aspirations of the late founder King Abdulaziz, may God have mercy on him when he said: “Serving the people is our duty We serve them with all our eyes and hearts”.

The Gulf Arabs’ Bedouin origins are of no offense to them, as they are proud of it. They are generous people who opened their countries’ doors to their Arab brothers in order to work and earn their livelihood, and they followed the authentic Arab ethics, which in its form and content represent the proper behavior of a normal Arab, and even the ministries concerned with the historical and cultural affairs in the Gulf countries, is still striving to show the cultural legacy that characterized the Arabian Peninsula region. When Saudi Arabia chaired the G20 summit last year, intended on introducing the whole world to the nature of Bedouin life and its beauty, through handicrafts and other industries, as well as the summit slogan, which is adorned with what the Saudis call Sadu. Future makers cannot pursue its way, without going back to the ancient past, on which Arab generations have grown up, so children and grandchildren will carry the banner, as they make glory when they ascend into space, through their probe of hope, manufactured by United Arab Emirates’ academics.

Perhaps talking again about the ambassador’s tent, which had said enough by itself, puts us in front of tolerance and dialogue’ concepts that raise the status of reason, and takes advantage of crises to create serious opportunities to enhance knowledge, and clarify matters, others are unaware of. What dazzles me most, as an Arabic writer living in Europe for years, is a phrase said by a Swiss friend of mine, who worked as teacher in Saudi Arabia and the UAE for years. He said: “what clearly reflects the proximity of the ruler to the ruled, is the ease in which citizens can access their rulers because the image of good governance based on a special democratic concept, may sometimes excel the monotony of contemporary democratic concepts in the West itself.