Has Nasrallah given order to Tayouneh victims’ families to take revenge? 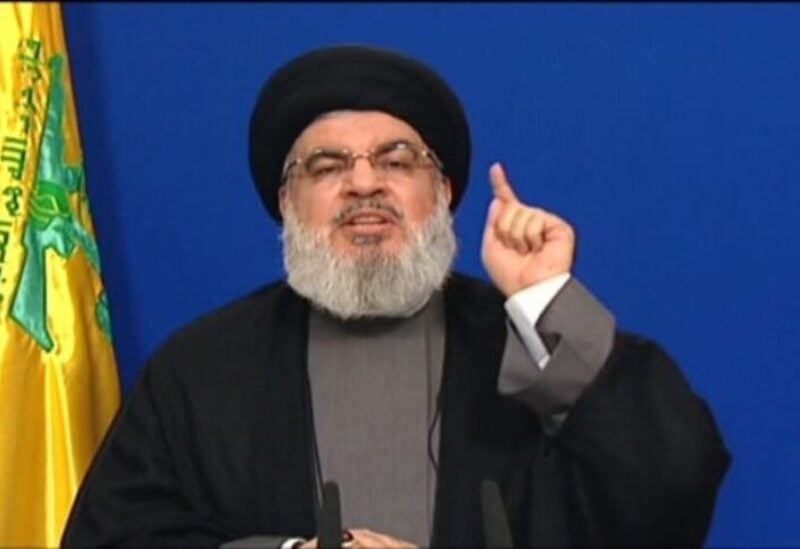 Day after day we become more certain that Hezbollah and its Secretary General Hassan Nasrallah are in trouble, and live in a state of denial far from the reality we in are living. His contradictory stances prove this, and the confusion that dominates his speeches, are but an evidence that the resistance he used to brag about, turned out to be an armed faction and a militia group, that follow the orders of Tehran and implement what the mullahs’ guide Ali Khamenei demands.
Nasrallah came out of his hiding yesterday, and told us a series of contradictory matters. He gave misplaced advices, and instead of giving lessons, he should have learned from them.
In the context of reading what Nasrallah said, observers, and via an interview with “Sawt Beirut International” believe, that Nasrallah is no longer convincing in his appearances, and is not successful in the files he chooses, as was customary. This is either intentionally directing his nurturing environment to where he wants, or there is a lack of information that he is provided with by those around him.
The observers added, “When Nasrallah considers that “as long as Lebanon is in the circle of Israeli threats, this means that we will continue to defend our sovereignty.” And they asked, “Where is Nasrallah and his party in defending Lebanon’s sovereignty? Is sovereignty achieved in fighting wars in Syria, Yemen and Iraq and interfering in the affairs of the Gulf states?”
They pointed out that putting Hezbollah on terrorist lists by many countries proves that it is no longer a resistance, as the resistance defends its homeland and does not fight wars for the sake of dictatorial regimes such as the Syrian and Iranian regimes.
As for Nasrallah’s discontent with ‘religious interference’, as he described, it in the military court’s investigations into the file of the Battle of Ain al-Rummaneh, observers are surprised by these words, because Nasrallah is the same one who demanded the suspension of Judge Bitar, and he is still waging a war on the judiciary to overthrow the investigations, and he made the Battle of Ain Al- Rummaneh, in order to strike the judiciary, just as the victims of Tayouneh are not more important than the victims of the port explosion.”
Regarding the head of the Lebanese Forces party, Samir Geagea refusal to appear before the military court, the observers said that Nasrallah, and before talking about Geagea, should hand over those accused of the assassination of the late Prime Minister Rafik Hariri, and respect the international tribunal and the Lebanese judiciary, which Nasrallah did not leave an opportunity but attacked them.
They considered that the most dangerous thing said by Nasrallah, was that the families of the victims will consider that the judiciary will not attain them their rights in the Tayouneh file, and this means that these families have to take their rights into their own hands, as if Nasrallah indirectly gave them order to carry out reprisals.
Observers concluded that Hezbollah has become politically bankrupt, and is no longer able to manage the crises it inflicted upon itself, and it must begin to reform itself to suit the Lebanese, and not the Iranian structure.