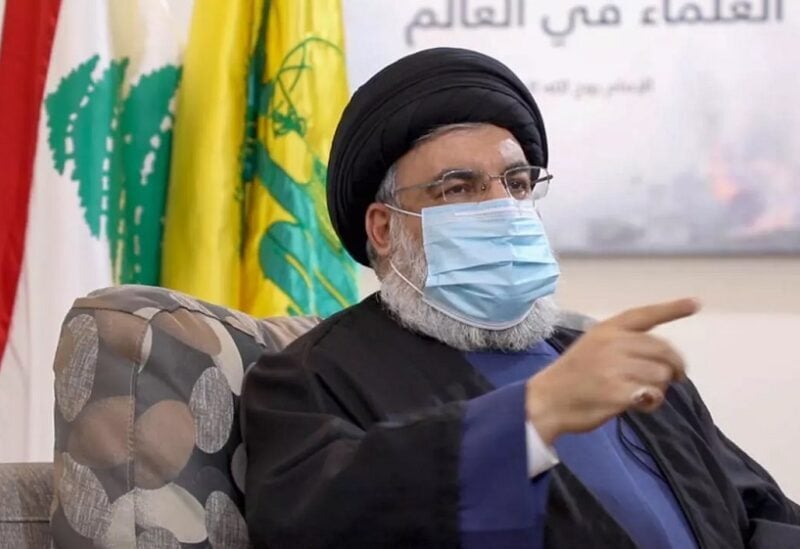 To say clearly to everyone who was not convinced before: Is not what we saw as Arabs and Lebanese and heard it yesterday evening, is convincing enough that what Nasrallah wants is political, military, security, financial, monetary and economic institutions to implement his project will be implemented under threat and intimidation.

Hassan Nasrallah, the leader of the Hezbollah militia, wants the state of Lebanon and its institutions to be tools serving the Iranian occupation and its project, not  the interest of the Lebanese, and he wants that urgently without any delay

This is very natural, as it is part of the state of Wilayat al-Faqih, and he does not care about Lebanon or its interests, Rather, it is the interest of the country that is dangerous to the project of Wilayat al-Faqih’s state that he represents, and if the Americans and the Russians have blessed all his steps, then this is a big mistake that the Lebanese are paying today.

Although yesterday’s speech by Hassan Nasrallah did not bring anything new, but rather confirmed the reality since 2005, when the Iranian armed party seized the foundations of the state and strengthened that after the 2006 agreement and the Doha agreement in 2008

As for today, an international solution for the region is what we are waiting for , but unfortunately there will not be a complete settlement of the Iranian nuclear file with the West, particularly America, which will delay any radical solution to rebuilding the state in Lebanon.

Perhaps some might say: The man was clear and did not cheat anyone. Rather, he said it clearly. If the crisis develops, I will make Beirut and its million residents hostages and will use them as a negotiation card. Nasrallah said it publicly yesterday: He will implement the Yemeni scenario/ so Beirut and its people will be another Sanaa.

Because Nasrallah’s project at this stage is based on waiting for new orders from Tehran, and at the same time he has options within certain margins, in order to commit the most horrific crimes against Lebanon, and he has done worse than this previously.

And the Wali al-Faqih said it before: Iran has occupied 4 Arab capitals, Damascus, Beirut, Baghdad and Sana’a, and it has killed and killed Arabs and Muslims, and it will lead the Arab and Islamic worlds to the abyss.

As long as the peoples are submissive to Iran and its hateful and destructive Persian project, Lebanon will not be an anomaly, unfortunately, and it will be difficult help it, unless its people give up fear and go out and say to Hassan Nasrallah: No to your project and you have to surrender yourself, and those who are allied with him must be jailed.

One day Hassan Nasrallah demonstrated his manhood and said that Lebanon will starve while its environment is guaranteed, but all of Lebanon has starved, Nasrallah’s weapon is the cause of the crisis, not the corruption of officials, nor the engineering of the Banque du Liban that prevents the world from supporting Lebanon, it is Hezbollah’s weapon that destroyed the country.

And there is a great possibility of transforming Hezbollah into a scapegoat at the American, Russian, Israeli, Iranian and Arab negotiating table, and this is very possible, this party and its leadership do not understand nor they are greater than those who preceded it in this “career”, and we mean the “career “of terrorism and hatred in the country, and this should be  a Lebanese lesson for everyone.