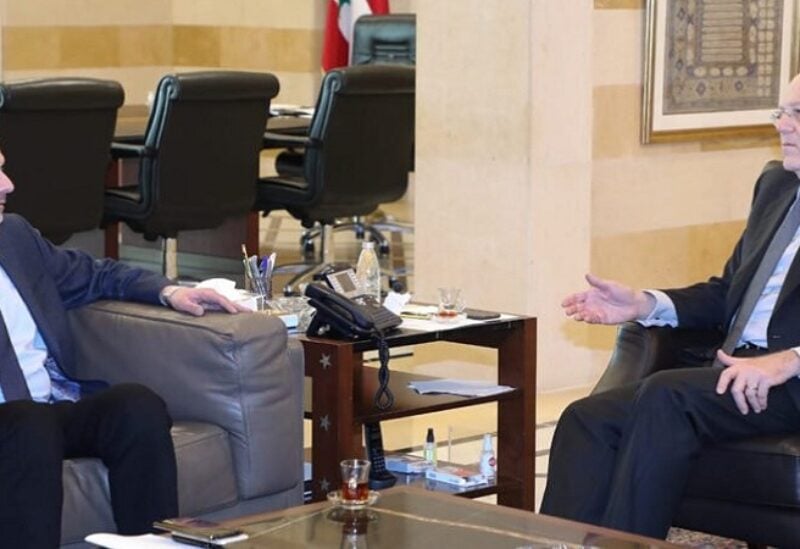 As soon as “the meeting of the opposition in the Arabian Peninsula” was announced in the southern suburb of Beirut, the stronghold of Hezbollah, Prime Minister Najib Mikati mobilized “verbally” and asked the Minister of Interior Judge Bassam al-Mawlawi to take the appropriate measures to prevent everything that would sabotage relations Lebanon in the Arab countries.

If only Mikati had not done so, he would have saved himself this embarrassing situation, and this insult. What happened is worse than what happened during the Bahraini opposition conference, at that time it was said that the state was “surprised,” to announce later that the judiciary is following up on the issue to determine how the Bahraini opposition figures entered!

It was a farce. The “Bahraini opposition” conference was broadcast live on television, so how was the authority surprised by it?

The farce turns into a scandal: from the “Bahraini opposition” conference to “the opposition meeting event in the Arabian Peninsula.” The event was announced and became known to everyone before it was held, and no one was surprised by it, neither from the concerned authorities nor from the public opinion. Nevertheless, the event took place and words were delivered attacking the Kingdom of Saudi Arabia, through the words of Hezbollah’s representative in the event, the head of Hezbollah’s Executive Council, His Eminence Mr. Hashem Safi El-Din, who did not hesitate to say: “Saudi Arabia should stop interfering in Lebanon and stop harming it and hand it over to it.” And like those words weren’t enough, Safi al-Din escalated saying: “What is specifically required today is Al-Saoud to be told that there is no hegemony, interference, destruction and harm to the peoples and homelands of this region. Enough with desecration of sanctities.”

As for the one who was described as “the leader in the opposition meeting in the Arabian Peninsula, Abbas al-Sadiq,” he violently attacked the Saudi Crown Prince, Prince Muhammad bin Salman.

Hezbollah was not satisfied with this high level of defiance of the state, but Al-Manar channel, which spoke on its behalf, devoted fifteen minutes of the first section of its news bulletin to talking about this event, as if it were raising the challenge in the face of President Mikati and his interior minister, Bassam Mawlawi, saying: It is up to Hezbollah.

Everyone is waiting for the action that the Prime Minister and his Minister of Interior will take, knowing that precedents, especially the precedent of the Bahrain conference, allows to be said: “The government is unable to take any decision against Hezbollah”.