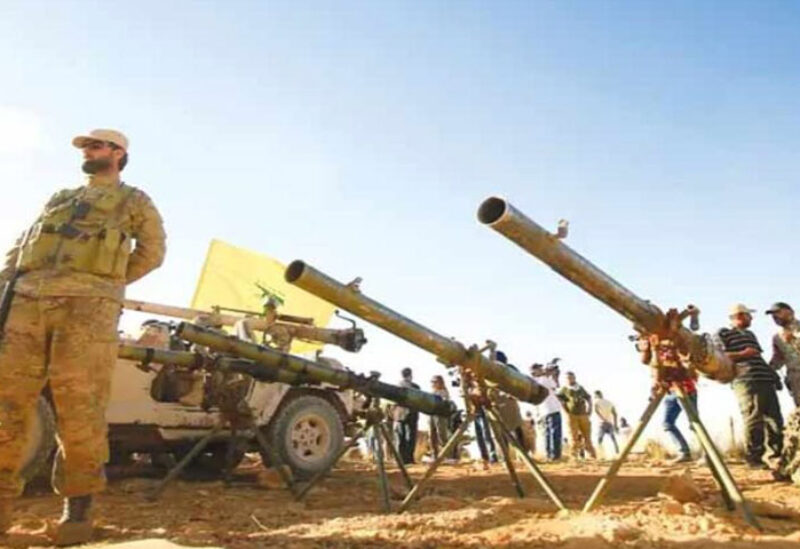 Mustafa Al-Gharawi’s murder, who is a member of Hezbollah’s military team working with the Iran-​backed Houthi militia, highlights the light again on Hezbollah’s absurd interference in other country’s affairs that Lebanon is paying its cost.

The Arab coalition led by Saudi Arabia announced that Al-Ghrawi had fallen after an airstrike by the coalition on a Houthi coup camp near the city of Maar. Al-Ghrawi was one of Hezbollah’s prominent members who were illegally dispatched to Yemen years ago.

As Iran believes that it has completely eradicated Lebanon and forced its rulers to obey all its orders through Hezbollah militia’s control, Tehran sends its affiliated members within Hezbollah to Yemen, Syria, and other regions.

The old new story related to Hezbollah’s intervention in Yemen has a direct relation with these complications imposed on a multifaceted political and military arena in the region. Iran’s achievements outweigh its losses when it comes to Hezbollah. Tehran seeks lifting sanctions imposed on Iran, and is in talks with the Americans in Vienna to achieve this goal. It is aware that sending Hezbollah to Yemen, would make it, even if officially, far from direct accusation.

Iran waives Hezbollah, when necessary, and says that it’s a Lebanese militia that have the right to decide and support whomever it wants. The world and the west must deal with the Lebanese government and held it accountable not Iran. Hezbollah rules Lebanon, therefore, the international community should talk with the authority run by Hezbollah, regardless of having a president dubbed Michel Aoun.

It has become obvious that Aoun receives orders from Hassan Nasrallah, and all governmental institutions are being harnessed for the benefit of Hezbollah. However, countries that are heavily affected by the Iranian Houthi terrorism in Yemen cannot keep silent about Hezbollah’s interference, especially that Saudi Arabia is always deteriorating dangerous missile attacks by the Houthi group against its territory. Hezbollah members may be behind these terrorist attacks from Yemen. Hezbollah, which considers itself a major component in Lebanon, will not able to justify this blatant interference in other country’s affairs.

Lebanon, which was named Switzerland of the East, became due to Hezbollah’s weapons and Iran’s control a country flooded with corruption, religion, political, economic and social crisis. As a conclusion for the whole situation, Iran and its militias did not and will not succeed in any country.