Hezbollah obstructs the cabinet actions, but backs the negotiations’ table!

What can we expect from the leader of the Hezbollah bloc in Parliament, the Loyalty to the Resistance Bloc, following his meeting with the President of the Republic proclaiming that Hezbollah is at the negotiating table?

Hezbollah obstructs the cabinet table, but backs the negotiations table! The irony is that according to “official” leaks, President Aoun asked those he met (including the head of Hezbollah’s parliamentary bloc): “How could the deadlock in various state institutions be handled in terms of disturbing executive power by not convening the Council of Ministers?”

What exactly is it? Is it legitimate to inquire as to how the obstructionist, the President of the Republic, might be stopped? What exactly is this bizarre performance?

The President of the Republic should ask himself before asking others? His partner and ally, Sayyed Hassan Nasrallah, told him, in a voice and video: “There is no return to the cabinet table before dismissing the judicial investigator in the Beirut Port Blast, Judge Tarek Bitar.

There is no answer to all of the above except that “data” is missing in Baabda Palace.

The negotiations’ table does not aim to find a way out of the impasse of disrupting the cabinet, because the key is in Haret Hreik and not in Baabda. The goal is a “defensive strategy for the head of the Free Patriotic Movement, Gebran Bassil.” This paper will not be given by the opponents of the covenant to the heir of the covenant, and accordingly the table, if held, will turn into a “monologue” in which there is no other opinion. In this regard, the head of the Marada movement, Sleiman Franjieh, affirmed: “We do not support dialogue for the sake of the scene, and any dialogue should be between two groups that have different opinions, but when the dialogue includes one group, we will not participate.”

Based on the foregoing, it can be considered that the negotiations’ table is a waste of time, as it is required to put effort into the cabinet table, and there are those who assert that if the dialogue table was feasible, the President of the Republic would have called for it to be held at the beginning of his term and not at the end of the term, in the ten months last of it. 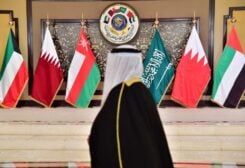 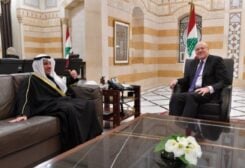 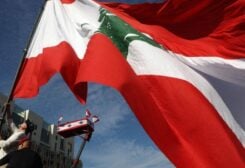 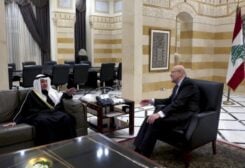