His Excellency the Lebanese President implementing his “heading to hell” plan, literally. 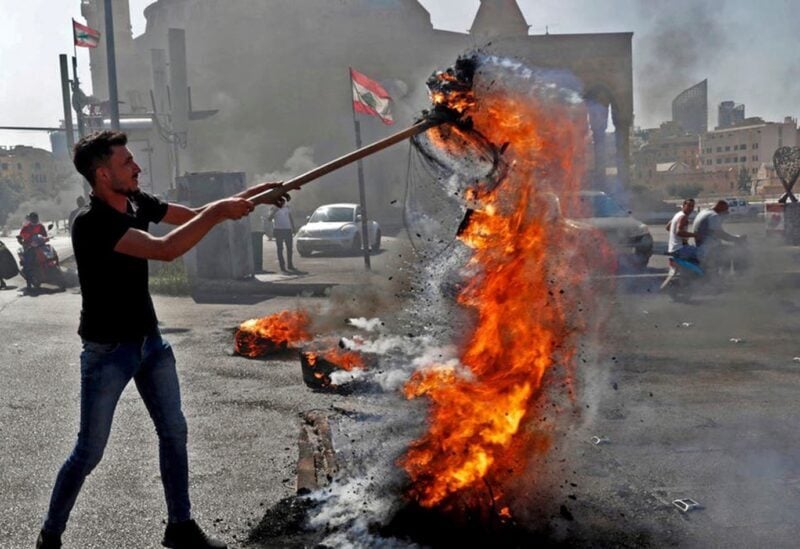 Hezbollah, is a militia that works for the Iranians in Lebanon. The Syrian regime has agents of various ranks and jobs who also work for them in Lebanon, some of whom are imprisoned in the most dangerous terrorist operation. And all of those aforementioned dedicate their priorities to their employers’ interests and not to their country.

No sovereign country can be achieved in Lebanon, with the occurrence of these continues crises, because the inevitable result of those ruling thugs, will be the republic’s total collapse.  The bad management of security, medicine, food and gasoline files, are all signs of continuous failure, failure in electricity and failure in sovereignty. A failure series that began and hasn’t done yet, and even after they ruined Lebanon’s relations with friendly countries, they are still insisting on walking the sabotage path , through smuggling and repeating all the mistakes they did in the past. Although people are dying every day as a result of the bad ruling team, but what lay ahead is worse, if they stay in power while people remain silent.

The Lebanese state is slowly collapsing daily with its systems, institutions and prestige, in a time it is likely to increase. Meanwhile Pope Francis thankfully dedicated a day of prayer and meditation for Lebanon, and in the presence of spiritual leaders of the Lebanese churches, with the hope that prayers and supplications will be answered.

What the Aounist movement has said through its leader Gobran Bassil, that we cannot go on like this, is ostensibly true, but it is a word of truth with bad intentions. Bassil who is the core of all problems, still wants more destruction for Lebanon until everyone submits, and the man declares it openly, by saying that he wants to lead the country at any cost and in any way, His uncle, Michel Aoun who is  the President of the state is exerting all his capabilities to help him achieve this through disrupting the whole country.

The political authority must be prepared from now on, for stronger and more effective waves of anger from the people, especially since the living situation has become unbearable and the Lebanese can no longer tolerate more calamities, even the Secretary General of the economic authorities in Lebanon, Nicolas Shammas says that we have exceeded the Venezuelan model, and all sectors has fallen during 15 months, and the inflation rate is 300 percent, and those who have the capability of migrating, are leaving the country.

This statement is a new indication of the catastrophic situation Lebanon is heading to, and how can this not be true, and president Aoun himself preached the  people that the country is going to hell, and he is implementing literally what he said.