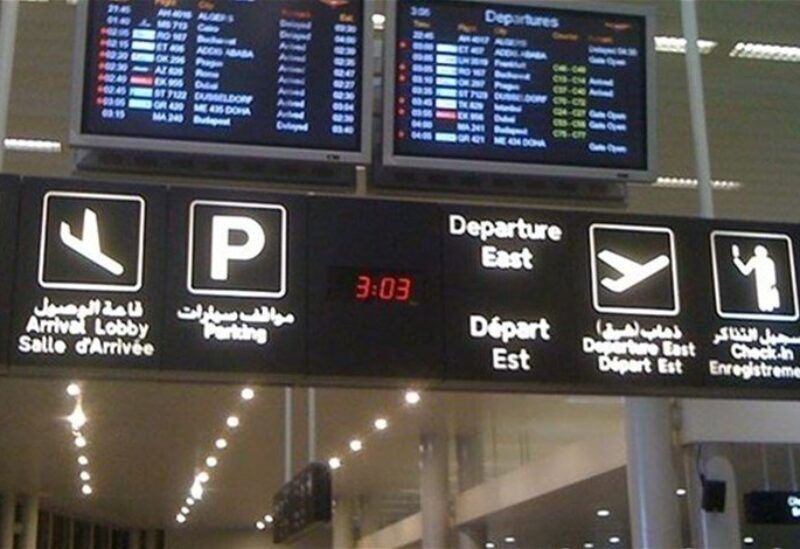 After they systematically destroyed the financial, banking, health, and educational sectors, they moved flippantly to destroying Beirut Rafic Hariri International Airport, which may witness boycotts by a large number of airlines because of its danger to navigation.

Last week, the airport witnessed two catastrophes, represented by the shooting of two civilian planes during their landing: the first belonged to one of the Gulf airlines, where one of its tires was hit by a stray bullet. The captain noticed a malfunction in the tires, and informed the maintenance team, who fixed the malfunction and kept the matter secret.

As for the second, it was with a plane belonging to one of the European airlines, where a stray bullet hit the cockpit, which in turn underwent maintenance work for two days and then left Lebanon. The incident witnessed a great interaction from local and international media, and this is normal, an incident like this raises many questions, especially among the countries that care about the safety of their passengers.

In turn, the Minister of Public Works and Transport, Ali Hamieh, considered that there is a global conspiracy against the image of the airport by journalists and media professionals, praising the airport and its remarkable role in bringing money to the treasury, forgetting that Beirut’s Airport is under Hezbolla’s control. It was used several times to land Iranian planes and weapons, not to mention drug smuggling and receiving the corpses of Hezbollah fighters from Syria, Yemen, and others. How long will the catastrophe be postponed?

The shooting of two planes at Beirut airport evolves, as the Greek airline “Aegean” announced the suspension of all flights to Beirut, pending the results of the investigation into the cause. The incident will not be ignored, as other countries are not like the Lebanese state, “they don’t wait for the disaster to happen, but it rather takes precautionary measures to avoid the calamity, because the safety of citizens is more important than protocols, chairs and shining pictures.

There is a documented press report about the shooting of civilian planes over Beirut airport, and the people are fully aware of what happened, so would any official dare to inform the Lebanese public about what is happening in an area under Hezbollah’s ​​influence.

Rafic Hariri International Airport in Beirut is no longer safe, especially after two planes were hit by bullets, a Qatari and a Greek. So, what if the Arab and especially Gulf countries, refrained from landing at Beirut Airport due to Hezbollah’s control over it and its control over all its affairs?

A big question is being asked these days, especially in light of the Arab isolation of Lebanon following Hezbollah’s subversive policy, and the regressive approach adopted by its sovereignty.

As for the bigger question, it is directed to the Lebanese state in particular, How can it justify what is happening?